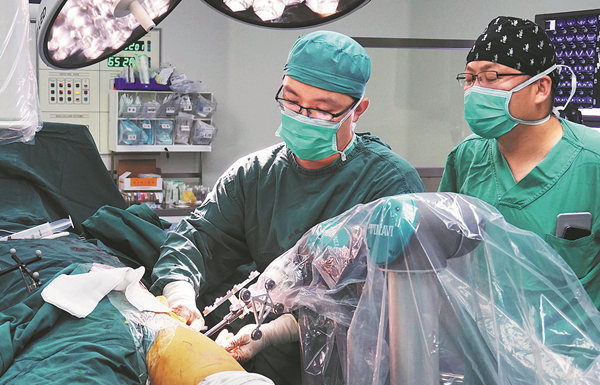 Ongoing health-care reforms in China are creating both competition and opportunities for domestic pharmaceutical and device companies while modernizing the system, bringing it more toward Western standards.

The many legal changes, spearheaded by the China Food and Drug Administration, seek to bring China’s regulatory landscape more in line with Europe and the United States. The rules affect everything from how clinical trials are handled to creation of incentives to lower the price of drugs and medical devices.

Taken together, the opinions “show that the Chinese government has determined to speed up the process of the reform,” the CMS China law firm wrote in a Nov. 6 client alert. “We expect that more concrete implementation rules will come out in the near future to put the measures into practice.”

As part of the China’s economic reform, the central government has for the past few years been issuing guidelines and regulations aimed at streamlining the approval process for drugs and medical devices, improving manufacturing techniques and spurring innovation via increased R&D credits.

One new rule, announced early this year, is a so-called dual-invoice system with a twofold purpose of lowering the price of drugs dispensed by hospitals and combatting corruption that comes in the form of bribes and kickbacks – a common problem in China. Analysts say it figures to bring significant changes to the way many drug companies operate.

One example is China Biologic Products Holdings (Nasdaq: CBPO), which recently lowered next year’s earnings estimate, in part due to implementation of the dual-invoice policy. In reducing its projected full-year sales growth in the year ahead to a range of 9-10 percent from previous estimates of 13 percent to 15 percent, the company said the change was due in part to “lower-than-estimated placenta polypeptide revenue growth caused by later implementation of the two-invoice policy in certain provincial markets.”

Amid the biggest urbanization drive in human history, health-care needs are changing because of altered lifestyles.

“As China urbanizes hundreds of millions of people at a time, they are changing their diet and living a more sedentary lifestyle,” said Karen Eggleston, a senior fellow at the Freeman Spogli Institute for International Studies at Stanford University, who researches health-care systems and reforms in Asia, particularly China.

“As a result, they’re now getting what are sometimes called the diseases of affluence, such as diabetes,” Eggleston said in the September issue of Scope, a newsletter published by Stanford Medicine. “Like many developing countries, China’s health-care system was set up to deal primarily with acute conditions and to control infectious diseases. Now they need to sustainably finance and manage programs to prevent and care for people with chronic diseases.”

This creates challenges but also can yield opportunities for well-placed companies such as Sinovac Biotech (Nasdaq, SVA), which makes vaccines; IKang Healthcare Group (Nasdaq, KANG), which has a network of medical centers and clinics that provide preventive services; and Lianluo Smart Limited (Nasdaq, LLIT), which makes wearable, smart medical devices.

The opinions issued October 8 largely reflected changes that were ordered via four draft circulars in May that took aim at the slow review of drugs and devices, expanded the infrastructure for clinical trials, sought to improve enforcement actions and established a patent-linkage system that should improve intellectual property protections.

“The four documents proposed many critical policies that will bring China much closer to Western countries in the regulatory oversight of drugs and medical devices,” Shaoyu Andrew Chen, partner and managing director at Covington & Burling law firm in Shanghai, told Bloomberg BNA in May.

He said the policies would “substantially speed up the marketing approvals of imported and domestic drugs and medical devices” along with providing “meaningful” IP and data protection.

Many of the new directives affect the pharmaceutical industry, which has become massive in China.

“China is currently the second largest pharmaceutical market in the world, but the government is aware that it is behind other countries on innovation as the domestic pharmaceutical industry heavily relies on the manufacture of generic drugs,” the Bird and Bird law firm wrote in a Nov. 13 client alert.

Another new proposal affects medical devices, a less concentrated industry than drugs and one also in need of streamlining. Katherine Wang, a partner at Ropes & Gray in Shanghai and one of China’s leading health-care regulatory lawyers, described in a Nov. 1 client alert how one new directive, the State Council’s recent Order No. 650, “reflects a fundamental shift of the regulatory philosophy.”

With all of the regulatory changes, China's health-care market is projected to grow at a compound annual rate of about 12 percent to reach $1 trillion by 2020, up from $357 billion in 2011, according to a report from McKinsey & Co. A Chinese government initiative known as Healthy China 2030 pledges to build a new ecosystem that will ensure the health of China’s population in the next dozen years. By 2030, the size of the health-care market is expected to reach $2.3 trillion.

Private hospitals are set to become the best investment for this sector, Li Bin, chief executive of Ally Bridge LB Healthcare Fund, a hedge fund that focuses on investing in China and Asia health-care companies, told a Hong Kong forum earlier this year.

There are many challenges for private hospitals in China, but a beneficiary could be Concord Medical Services Holdings (NYSE: CCM), a leading specialty hospital management solution provider and operator of the largest network of radiotherapy and diagnostic imaging centers in China.