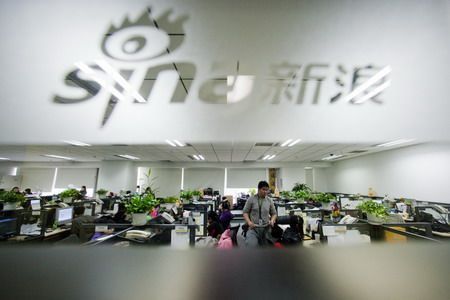 A recent proxy fight involving Sina Corp. (Nasdaq: SINA) and an American hedge fund put on display some of the cultural differences between American and Chinese companies and may portend more battles for Sina and other Chinese firms listed on U.S. exchanges.

The battle was initiated when shareholder Aristeia Capital, a fund based in Greenwich, Conn., nominated two members to Sina's board and pushed for changes that would direct more of the firm's profits back to shareholders. Aristeia argued that Sina's stock price was grossly undervalued, pointing to Weibo Corp., an extremely popular social network that is often referred to as the Twitter of China. Aristeia said Sina's stake in Weibo alone exceeded the entire market value of Sina, and it suggested Sina should either sell Weibo or put itself up for sale.

Sina won that fight in early November even though 77 percent of independent shareholders supported Thomas Manning, one of two candidates put forth by Aristeia, according to a tally by Chinese media firm Caixin. That's because Sina chairman and CEO Charles Chao, who controls nearly one-third of Sina's shares, threw his weight behind his own candidate, Zhang Yichen. Zhang won re-election to the board with a combined vote of 86 percent.

But that was not the end of it. Days after its victory, Sina announced a change in its shareholder structure, with a plan to sell Chao special shares at a bargain rate that would mean he maintains 56 percent of Sina's total voting power.

The reaction from Aristeia was fast and furious.

"We are extremely disappointed by the shocking action," Robert H. Lynch Jr., partner at Aristeia, said in a Nov. 8 statement. "The transfer of effective voting control of a company with a market capitalization greater than $7 billion to a 12 percent shareholder and corporate insider for a mere $7,150 is a blatant corporate governance failure designed to further entrench Sina's board and management at the expense of all non-insider shareholders of the company."

"By disenfranchising all independent Sina shareholders, this board has again demonstrated exactly the type of decision-making that initially concerned us and led to our recent proxy campaign. We are actively and thoroughly reviewing all options available to address this injustice and to protect our substantial investment in Sina."

For its part, Sina did sound a conciliatory note, saying it would form a committee to consider adding independent board members in the future. It explained the move to concentrate voting power in its CEO by saying it was designed to avoid such time-consuming and potentially destructive proxy battles in the future.

In a press release, Sina said it "had to divert significant amount of time, attention and efforts from the company's normal business operations and strategic planning" because of the proxy fight with Aristeia.

"The tone of that explanation was typically dismissive of minority shareholders, which isn't that surprising," Doug Young wrote in his widely read China Business Blog. "It's quite typical of Chinese CEOs like Chao to believe they know what's best and do their utmost to ignore anyone who disagrees with their view."

Young, who teaches financial journalism at Shanghai's Fudan University and formerly wrote for Reuters, has spent 15 years in China.

"Sina's response, while somewhat arrogant, also has some conciliatory overtones, and Chao probably thinks he's being gracious by offering to consider additional independent directors outside his small coterie of the current five, which includes himself," Young wrote.

He also noted how the affair reflects basic differences in how companies are run in the U.S. and China.

"This display of shareholder defiance and resulting arrogance by a Chinese company chief is quite expected, and probably reflects cross-cultural differences more than anything. Big minority shareholders like Aristeia are used to having their voices heard, especially in cases like this where a company like Sina is so undervalued," he said.

The Wall Street Journal put it more bluntly, saying "What's the best way to ensure victory over your opponents? Change the rules in the middle of the game, of course. Nasdaq-listed Sina will agree."

The New York Times called the Aristeia-Sina fight "a key test of the power American shareholders can wield over Chinese companies listed in the United States" and it noted the fight was being "watched by investors who had complained about the relative lack of shareholder rights in Chinese companies that are incorporated in business-friendly places like the Cayman Islands, as Sina is."

"This is quite par for the course for private Chinese companies, whose founders typically believe that stock markets are there to give them money and nothing more," concluded Young in his blog. "I imagine that when Aristeia finally calms down, it will get an audience with the company, and perhaps we will see one or perhaps even two more independent directors ultimately added to its board."

Some analysts noted that the proxy fight came at a surprising time, given that Sina's stock has catapulted more than 80 percent over the past year amid a rise in China's technology sector. While the stock suffered after the proxy fight, it has regained much of its value and closed at $104.26 per share Friday. YOU MAY LIKE
Prev：Company Snapshot: Tencent-backed Meituan-Dianping vs. Alibaba-backed Koubei Next：Blue Skies Ahead for China Lodging Group, Analysts Say