‘Seminal’ decision will bring domestic Chinese companies into the global investing mainstream, but it will take years. 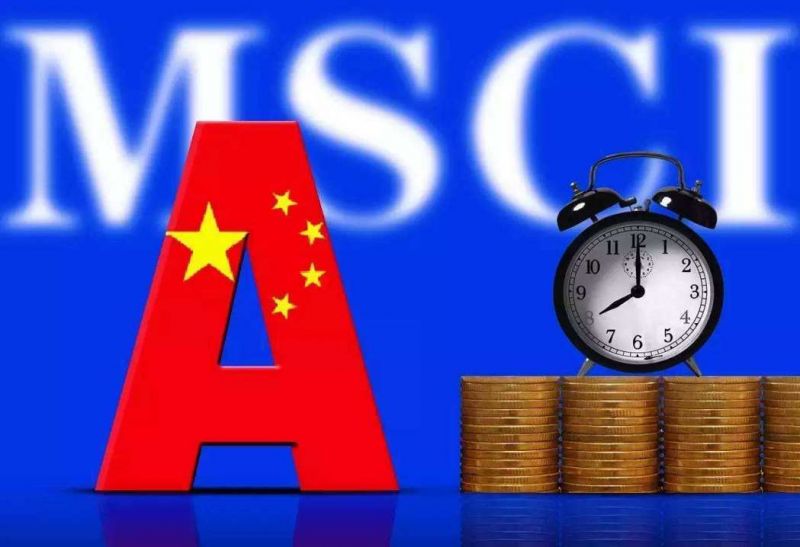 The move by MSCI Inc. to include China A-shares in its Emerging Markets Index for the first time starting in mid-2018 reflects China's economic importance and the reforms Chinese authorities have taken to liberalize its markets.

Under the plan, which was four years in the making, the shares of 222 companies in mainland China will be included initially, bringing domestic Chinese companies into the global stock investing mainstream. Up to now, only companies listed in Hong Kong, the U.S., and other offshore sites were included in the index, which increasingly influences where investors around the world put their money.

"MSCI controls the indexes behind some of the biggest exchange-traded funds in the world," CNBC has observed. "Since the whole world is moving toward ETFs and passive investing, what goes in these indexes is what investors will be owning in the future."

The move by MSCI has been widely ackowledged as an important step. Chinese A-shares are those trading on the Shanghai and Shenzhen stock exchanges in the Renminbi currency. Only Chinese B-shares can be owned by foreign investors because of government restrictions. MSCI is a highly influential investment research firm, which before going public 10 years ago, was owned by Morgan Stanley and Capital Group International.

"We believe that upon full inclusion of A-shares, the MSCI China Index will offer investors a better representation of the underlying economy," Schiao wrote in the firm's blog after the announcement in June.

"Currently, the MSCI China Index provides good exposure in large overseas listings of Chinese banks and internet companies. The 222 A-share stocks are, on the other hand, closer to China's real economy. The inclusion will bring the weights for industrials, health care, consumer staples, materials, information technology and telecommunications as well as energy closer to their respective GDP representation."

But there will be limits, with implementation to be gradual over several years, based on how much further the Chinese authorities reform their markets. To start, the index will weight China's A-shares at just 5 percent of their market cap, greatly reducing their influence on the overall index.

That's because MSCI wants the Chinese authorities to continue reforming the markets, which suffered a huge crash in the summer of 2015. There are three moves MSCI wants to see: fewer companies halting trading of their shares when things go badly; a liberalizing or an elimination of the daily limits on the amount of money that enter or leave mainland China for stock trades; and assurances that the Shanghai-Hong Kong Stock Connect and Shenzhen-Hong Kong Stock Connect work effectively.

In making its announcement, MSCI said that "further inclusion will be subject to a greater alignment of the China A shares market with international market accessibility standards, the resilience of Stock Connect, the relaxation of daily trading limits, continued progress on trading suspensions, and further loosening of restrictions on the creation of index-linked investment vehicles."

Given the Chinese leadership's desire for more investment and to be considered part of the global system, such changes seem likely to come in the world's No. 2 economy.

When the initial inclusion is completed in August 2018, the weight of China's A-shares on the MSCI Emerging Markets Index will be 0.73 percent. It will be 2.49 percent in the MSCI China Index. But that's expected to grow immensely. A study by MSCI and City Strategy Research estimates that, when combining offshore and onshore, China may comprise more than 37 percent of the MSCI Emerging Markets Index when the market capitalization of its stocks are fully included.

No timeline was set on when that might occur, but the experiences of two China neighbors serve as models.

"It took six years (1992 to 1998) in the case of South Korea and five years (1996 to 2001) for Taiwan to be fully included," Schiao noted. "The inclusion process corresponded with the regulatory effort to relax capital controls in both markets."

Based on this, he said it "would be unlikely for the full inclusion of China A-shares in the index to take place abruptly; instead, it would probably occur in gradual steps."

Some Reason For Concerns

MSCI said its consultations found widespread enthusiasm for including China's mainland firms in the index, but not everyone agrees.

"Corporate governance is a particular bugbear as many of the 222 companies are large state-owned enterprises," Kevin Carter, CEO of Big Tree Capital and founder of the Emerging Markets Internet and Ecommerce ETF, told CNBC. "You have all of these enormous state-owned banks, the four big policy banks, the oil companies, and these are really not run like traditional Western companies."

He noted that many of these companies "are filed with inefficiencies, they are filled with conflicts of interest and they are frequently filled with fraud."

"One of the bigger things investors have to look at in the next decade is how much concentration is in these emerging market indexes," Jacobs told CNBC's "Squawk Box."

"Three-quarters of MSCI's emerging market index is now dominated by BRIC (Brazil, Russia, India and China) countries, as well as South Korea and Taiwan - which are all decelerating economies. People looking for that growth really need to shift their line of sight further down the developing market spectrum" he said, citing Indonesia, Malaysia, Mexico and Argentina as potential bets.

YOU MAY LIKE
Prev：Business Demand for Analytics, AI Offer Promise for Gridsum Holding Next：Momo: A Growing Company With a Price Dip