For JD.com, A Good Year Comes to a Close

This past year brought some good fortune to the Chinese e-commerce giant, JD.Com Inc. And next year looks just as promising. 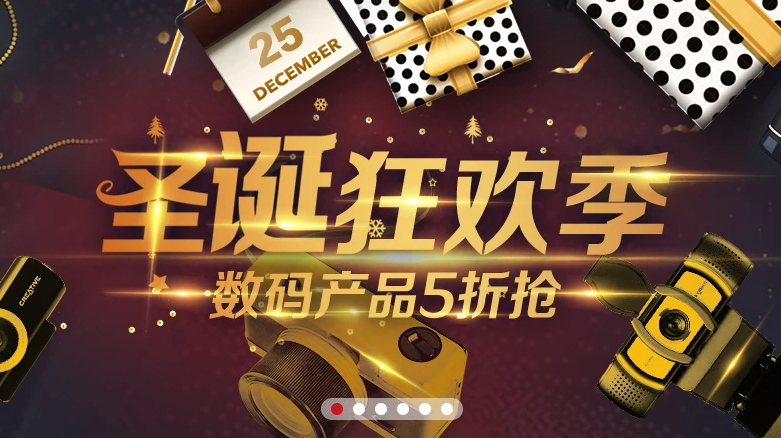 This past year brought some good fortune to the Chinese e-commerce giant, JD.Com Inc. (Nasdaq: JD) as revenue grew at a rapid rate and the company beat earnings expectations. And next year looks just as promising.

While enjoying its success this year, the country's largest online retailer also built up its delivery network, partnered with major firms, and invested in some promising new companies both inside and outside of China. These moves should strengthen its position in the coming year against rivals, including Alibaba Group Holding Ltd. (NYSE: BABA).

JD stock opened the year at $25.95 per share, and though it peaked in early August, it's trading around $42 per share now, more than 60 percent higher on the year. At the same time, in the most recent quarter, ended Sept. 30, JD reported 266.3 million active customer accounts, an increase of nearly 40 million from this time last year.

Logistics As a Top Priority

Among the most important developments for JD were related to its logistics network as the company is adding warehouse capacity by more than 50 percent this year and investing in new technologies such as drone delivery and warehouse automation.

In April, JD created a new business group, JD Logistics and expects sales in this area to rise to RMB 100 billion within five years.

CEO Richard Liu told reporters in June that he wanted the company to deploy 1 million drones over the next five years. And in December, he announced plans to build 185 drone airports in Sichuan to deliver farm produce to cities in China.

This high-tech delivery network will aid JD in its ongoing fight against Alibaba.

Expansion Likely Beyond Its Borders

JD also made some moves toward expanding internationally, particularly into Southeast Asia. In the years ahead, JD and its ally, Tencent Holdings Ltd. (OTCMKTS: TCEHY) will clash with Alibaba in countries like Thailand and Indonesia.

In May, Bloomberg reported that JD was in talks to buy a share in the Indonesian e-commerce platform Tokopedia, though these plans were cut short when Alibaba invested $1.1 billion in Tokopedia in August.

That same month, however, JD invested in the Indonesian ride-hailing app, Go-Jek, which boasts 400,000 drivers across the country.

As in China, logistics and transportation will play a big role in JD's strategy.

"For Indonesia, we expect for the next five years, we will be focusing on building out the basic infrastructure, including warehouses and the last-mile delivery network," CEO Liu said in the company's first-quarter conference call.

In addition, in September, JD formed a joint venture with the Thai retailer Central Group, investing $500 million in e-commerce and finance. And at the World Internet Conference in December, Liu hinted at plans to expand to the U.S. and Europe as early as 2018.

Inside China, JD is also aggressively looking for partners to fuel growth. In July, JD and Wal-Mart Stores Inc. (NYSE: WMT) agreed to deepen their cooperation in the country, pooling their logistics networks. Wal-Mart reported a 12.1 percent stake in JD in February.

China's Number One search engine, Baidu Inc. (Nasdaq: BIDU) also signed a deal with JD in August, agreeing to share data and allowing its users to buy products on JD from within the Baidu app. Then, in December, JD invested in the Chinese discount shopping website Vipshop Holdings Ltd. (NYSE: VIPS) alongside Tencent, agreeing to invest $259 million, giving it a 5-percent stake in the business.

The investment in Vipshop, however, does not signal a full turn to discount shoppers. JD also made several commitments this year to target the country's increasingly wealthy, introducing high-end brands, such as Armani, Swarovski, and the Swiss watchmaker Zenith. It teamed up this summer with Farfetch, a fashion site offering high-end brands, investing $397 million in the London-based company. And JD a new app called Toplife, aimed at the wealthy and attracting brands including Dyson and Rimowa.

Expectations are that JD will report its year-end earnings on Feb. 28 with analysts expecting fourth-quarter earnings of 11 cents per share. And that positive outlook translates to good news for investors with the average price target for JD stock now at $50.14. That's more than 20 percent higher than today's closing price.

YOU MAY LIKE
Prev：Investors Still Showing Limited Interest in Sputtering Vipshop Next：Be Prepared, A Wave of Chinese Companies Might Be Coming with IPOs