Alibaba: Revenue Up. Earnings Up. Guidance Up. Stock Down. What Went Wrong?

Alibaba just reported its fastest revenue growth for the third quarter ended Dec. 31, as well as raised its guidance for the year ahead. Still, its stock dropped 6 percent. 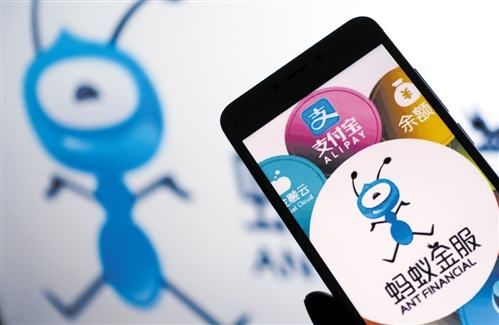 Alibaba Group Holding Ltd. (NYSE: BABA), China's biggest e-commerce company, just reported its fastest revenue growth for its latest quarter, a 35 percent increase in profits, and raised its guidance for the year ahead.

The earnings report also said Alibaba will take a 33 percent stake in payment affiliate Ant Financial, an important step ahead of an expected initial public offering (IPO) by Ant, valued at $60 billion in 2016.

Yet, the company's stock still witnessed a big drop after the announcement, as some analysts worried that the new Ant Financial deal would negatively affect Alibaba's profitablity. Others questioned whether the company did, in fact, hit all investors' expectations.

Shares of Alibaba dropped to $191.61, down more than 6 percent, after it fell as low as $191.14 per share in early morning trade on the stock market today. "This is no secret, everybody knows that Ant Financial will IPO, and [buying the stake] is just something they had to do before that happens," Beijing-based analyst Li Chengdong told Reuters.

The deal of acquiring 33 percent of Ant Financial would replace the current system in which Alibaba received 37.5 percent of Ant's pre-tax profit. Under the new agreement, Alibaba would acquire newly issued equity from Ant Financial in exchange for certain intellectual property rights owned by Alibaba exclusively related to Ant Financial. Although Alibaba said there would be no cash impact to Alibaba following the transaction, Yahoo Finance analyst Jared Blikre said he believed signing away its intellectual property rights could hurt Alibaba's profitability.

Still, while the impact of this spin-off is too early to tell, but Alibaba CEO is feeling optimistic.

"This transaction is a significant step for Alibaba to enhance our long-term strategic relationship with Ant Financial as we continue to pursue our mission to make it easy to do business anywhere," said Daniel Zhang, CEO of Alibaba, in a statement. "Importantly, an equity stake in Ant Financial enables Alibaba and our shareholders to participate in the future growth of the financial technology sector."

Today's sell-off could also be a normal market correction of the recent all-time high. Investors were taking a long position of the stock over the past week gambling on stronger-than-expected earnings.

Moreover, Alibaba's earnings per share, adjusted for one-time gains and costs, came to $1.63, which fell short of Wall Street expectations of $1.65 per share, according to the average estimate of eight analysts surveyed by Zacks Investment Research. Overall, the company said it earned 24.07 billion yuan ($3.82 billion), which beat the estimates of 21.5 billion yuan ($3.41 billion), accoriding to a survey of analysts by Thomson Reuters.

Alibaba also raised 2018 revenue guidance to growth of 55-56 percent, up from previous guidance of 49-53 percent.

Despite the bad stock performance today, Deutsche Bank raised Alibaba's target price to $218 from $208 with a "buy" rating.

According to consensus estimates compiled by Thomson Reuters, Alibaba has an average price target of $216.67, nearly 13 percent on the upside compared with today's closing price. Almost all of the analysts, 47 out of 48, surveyed by Reuters issued either a "buy" or "strong buy" rating for the company.

(Note: The writer of this article has a long position in Alibaba Group Holding Ltd.)