The House bill passed on Tuesday would allow CFIUS to expand its reviews to minority stakes in U.S. companies. 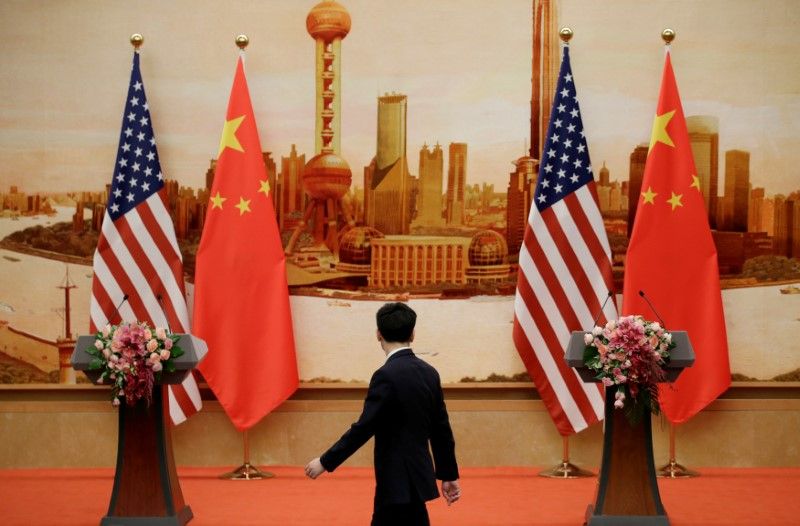 The bill, passed 400-2, is one of a series of measures being considered by the Trump administration and Congress to address national security concerns as well as what they see as China's unfair trade and intellectual property practices.

Other measures include tariffs on goods ranging from aluminum to automobiles, and efforts to prevent the expansion in the United States of Chinese telecommunications companies Huawei Technologies Co. Ltd. and ZTE Corp.

The House bill, and a Senate version, address worries that Chinese companies, many with links to the government, have tried to buy U.S. semiconductor manufacturers and other technology firms. The U.S. Defense Department also fears losing America's technological edge in warfare.

Both the House and Senate bills involve the U.S. Committee on Foreign Investment (CFIUS), which reviews foreign investment to ensure it does not harm national security.

President Donald Trump supports the CFIUS legislation but has opposed a measure in the Senate version that would kill his administration's agreement to allow ZTE to resume business with U.S. suppliers.

"ZTE, though publicly traded, is a state-backed enterprise that is ultimately loyal not to its shareholders, but to the Chinese Communist Party and Chinese government," Senator Mark Warner, the Democratic vice chairman of the Intelligence Committee, and Marco Rubio, a Republican member of the committee, said in a letter to Trump.

Several members of Congress, including some of Trump's fellow Republicans as well as some Democrats, have been pushing to clamp down on ZTE and Huawei, another Chinese telecommunications equipment firm, citing national security concerns.

The House bill passed on Tuesday would allow CFIUS to expand its reviews to minority stakes in U.S. companies. It also puts a focus on investments that may expose sensitive data about Americans to foreign governments or reveal information about critical infrastructure, like the telecommunications network.

"This landmark legislation will take enormous steps to improve our foreign investment review process to prevent further transfers of military applicable technologies to the Chinese government," said Republican Representative Robert Pittenger, a driver behind the legislation.

Another effort aimed at hemming in Chinese influence could come on Friday, when the U.S. Treasury Department is due to issue recommendations on investment restrictions. There have been conflicting signals from the Trump administration over whether they would focus on China.

Several members of Congress from both parties have worried that U.S. scrutiny could push Chinese investment to Europe, with Beijing's influence growing there.

On Capitol Hill on Tuesday, senators questioned a top State Department official about whether the Trump administration is encouraging European countries to adopt a CFIUS-like process.

Wess Mitchell, assistant secretary of state for European affairs, said the administration is "in active, ongoing dialogue" with allies in central and eastern Europe to find a way to differentiate between investments that are commercial and those that create national security concerns.