The case comes at a time of heightened trade tensions between Washington and Beijing, and amid concerns by the United States that Huawei's equipment could be used for Chinese espionage. 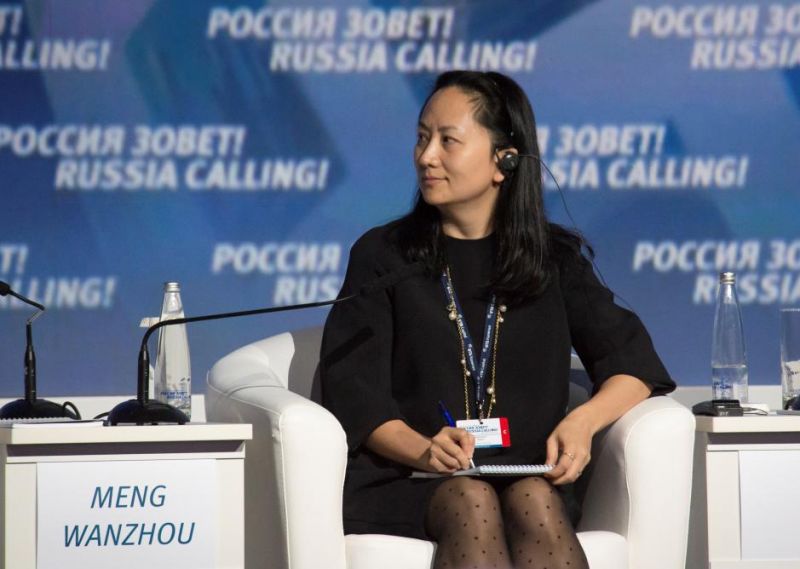 The Canadian government, as expected, said on Friday it would allow an extradition hearing to proceed against Meng Wanzhou, the chief financial officer of Huawei Technologies Co Ltd who was detained in Canada late last year.

"Today, department of Justice Canada officials issued an authority to proceed, formally commencing an extradition process in the case of Ms. Meng Wanzhou," it said in a statement. In late January, the U.S. Justice Department charged Huawei and Meng with conspiring to violate U.S. sanctions on Iran.

In addition, Huawei Technologies Co. Ltd. and two affiliates will be arraigned on March 14 in U.S. District Court in Brooklyn, New York, on accusations the company committed bank and wire fraud and violated sanctions against Iran, according to a court filing on Friday.

In a 13-count indictment unsealed in January, the Justice Department said Huawei misled a global bank and U.S. authorities about its relationship with subsidiaries Skycom Tech and Huawei Device USA Inc, in order to conduct business in Iran.

On Thursday, Huawei Device and Huawei Device USA pleaded not guilty in a federal court in Seattle in a separate court case. The companies are charged with fraud, trade secrets conspiracy and other charges alleging that they conspired to steal T-Mobile US Inc trade secrets between 2012 and 2014. A trial date was set for March 2020.

The charges have added to pressure from the U.S. government on Huawei, the world's biggest telecommunications equipment maker. Washington is trying to prevent American companies from buying Huawei routers and switches and is pressing allies to do the same.

Meng is accused of conspiring to defraud HSBC and other banks by misrepresenting Huawei's relationship with the suspected front company, Skycom Tech Co. Ltd. Huawei has said Skycom was a local business partner in Iran, while the United States maintains it was an unofficial subsidiary used to conceal Huawei's Iran business. Huawei and Skycom are also defendants in the U.S. case, accused of bank and wire fraud, as well as violating U.S. sanctions on Iran.

U.S. authorities allege Huawei used Skycom to obtain embargoed U.S. goods and technology in Iran and to move money out of the country via the international banking system. As a result of Huawei's deception, U.S. authorities allege, HSBC and other banks cleared more than $100 million of transactions related to Skycom through the United States that potentially violated economic sanctions Washington had in place at the time against doing business with Iran.

Meng, the daughter of Huawei's founder, was arrested in Vancouver in December. She has remained free on bail while the U.S. government tried to have her extradited to face bank and wire fraud charges. The case comes at a time of heightened trade tensions between Washington and Beijing, and amid concerns by the United States that Huawei's equipment could be used for Chinese espionage. The Shenzhen-based company, the world's largest maker of telecommunications networking equipment, has repeatedly denied such claims.

Meng has maintained she is innocent of the allegations made against her.