Fast-growing Brokerage Futu Lifts Off With Fanfare, Up 44% Early

The Hong Kong-based company priced its shares at $12 apiece and raised $90 million in its initial public offering Friday. 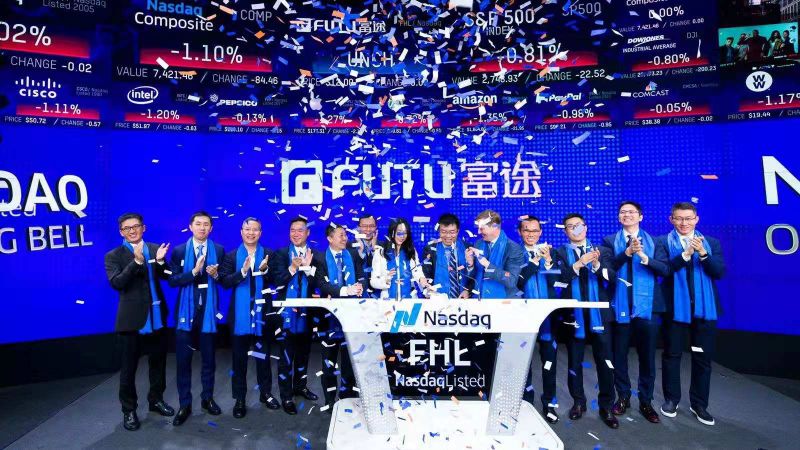 Futu Holdings Ltd. (Nasdaq: FHL) soared 44 percent in its first minutes of trading on the Nasdaq Friday as it raised $90 million in its initial public offering.

The Hong Kong-based fully digitized brokerage company priced its shares at the top end of the expected range of $10 to $12 late Thursday and jumped to $16.79 per American depositary share as it lifted off before noon today. It thus became the first Asian company to become publicly traded in New York this year. 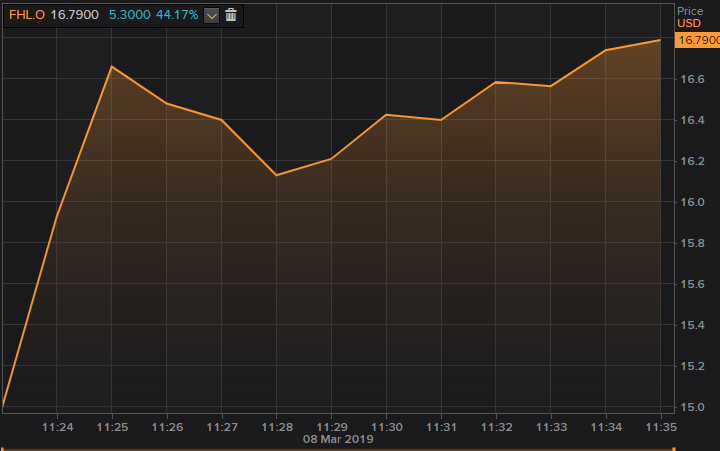 Backed by Chinese conglomerate Tencent Holdings Ltd. (HKEX: 0700), Futu aims to provide online stock trading services with low fees and live feeds. Unlike other platforms, the company allows mainland Chinese investors to trade stocks in Hong Kong and the United States. It is reported that Futu Securities was among the top five brokerage companies in Hong Kong with more than 80 percent of users from mainland China. 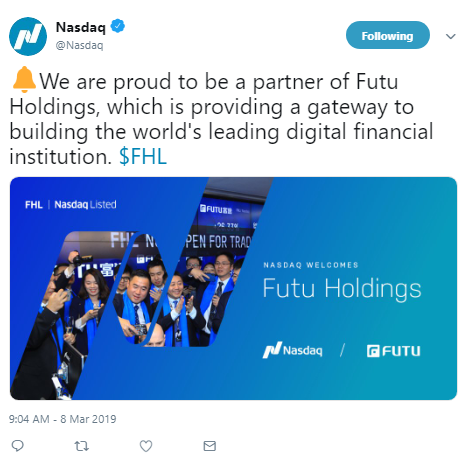 The fast-growing company said in a filing with the U.S. Securities and Exchange Commission last month that its revenue for the year through December reached $103.6 million, an increase of 159 percent from the preceding year. Net income was $17.7 million, or 1 cent per share, in contrast to a net loss of $1 million in 2017.

Futu stated that it plans to use the proceeds of its public offering for "general corporate purposes, including research and development, working capital needs, and increased regulatory capital requirements of the HK SFC and regulatory authorities in other jurisdictions as a result of our business expansion."