Shares in Fanhua climbed an additional 50 cents Monday evening after the company posted its fourth-quarter and full-year results. 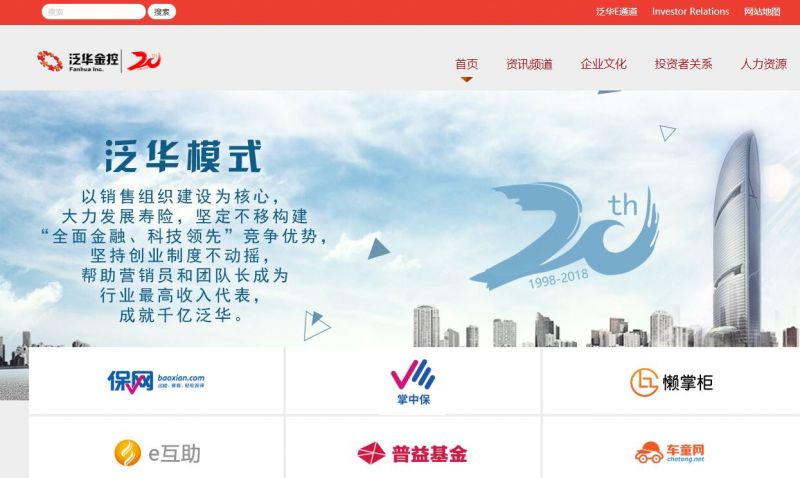 The stock of Fanhua Inc. (Nasdaq: FANH) jumped an additional 50 cents after markets closed Monday after the company reported a 26 percent increase in revenue for the fourth quarter and said it would raise the quarterly dividend.

The Guangzhou-based financial services provider said in a report Monday evening that its revenue for the three months through December reached $126.8 million compared with $102.7 million in the same period of 2017.

The results, coupled with the company's earlier announcement of a 25-cent quarterly dividend, brought the shares in Fanhua to $24 per American depositary share in after-hours. On the day, its stock ended at $23.50, up 1 percent, after the company said it plans to distribute the dividend on April 3 to shareholders of record as of March 21.

In addition, the company announced a share repurchase program to buy back up to $200 million in ADSs by Dec. 31.

Fanhua said its net income during the fourth quarter declined 11 percent year-over-year to $16.4 million, or 29 cents per share.

Fanhua's chairman and chief executive officer, Chunlin Wang, said, looking ahead to 2019, "as the complex international geopolitical landscape adds to uncertainty in macroeconomic environment in China and abroad, the China Banking and Insurance Regulatory Commission will highly likely focus on strict regulatory supervision and risk control. However, we are convinced that we are on track towards a continued growth, benefiting from a rapidly expanding middle class in China and accelerated trend of separation of manufacturing from distribution, and based on Fanhua's scalable platform, rapidly expanding sales force, nationwide footprint and large customer base built over the past 21 years."

"Investment income is expected to drop in 2019 mainly due to a decrease in cash reserve as a result of the Company's increasing spending on share buyback and cash dividends, and the loans related to the Company's 521 development plan, while share of income from affiliate may decline in 2019 as CNFinance Holdings Ltd. (NYSE: CNF), in which Fanhua owns 18.5% equity interests, intends to upgrade its business model from heavy-asset model to light-asset platform model which may impact its profit in 2019."

"As a result of the aforementioned factors, we expect a slight increase in net income attributable to shareholders in 2019 on a year-on-year basis."