The Chinese discounter platform said its gross merchandise volume in 2018 reached $68.6 billion, more than double the GMV of 2017. 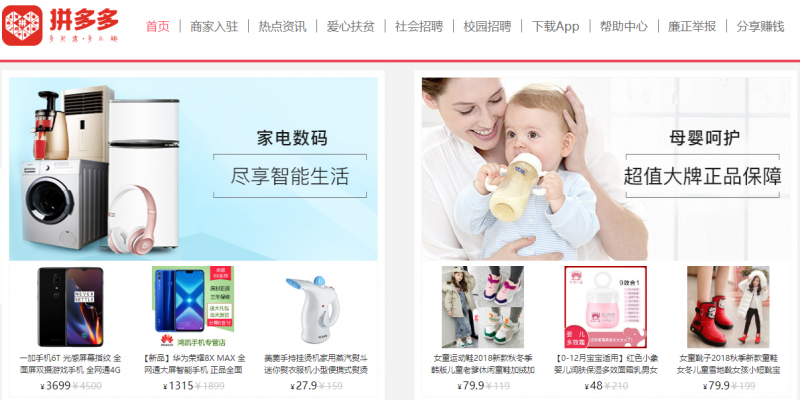 The Shanghai-based e-commerce company, which has been likened to Groupon, said in a statement today that its revenue in the three months through December reached $822.3 million, up 379 percent year-over-year. It also reported net loss of $352.5 million, or 32 cents per share, compared with income of $2 million in the preceding year period.

Pinduoduo reported 272.6 million average monthly active users in the fourth quarter. Annual spending per active buyer for the year was $163.9, nearly double from the preceding year.

"We had a strong finish to 2018 in the fourth quarter," Zheng Huang, Pinduoduo's founder, chairman, and chief executive officer, said. "GMV in the last twelve months increased 234% year-over-year to RMB471.6 billion. This was driven by the rapid growth in our annual active buyer base and a near doubling in the annual spending per active buyer. We view this as an indication of users' growing trust in our platform, and will keep on innovating to satisfy our users' evolving needs so they can have the best user experience possible."

The discounting platform was once dubbed the world's fastest-growing internet seller and a rival to e-commerce giant Alibaba Group Holding Ltd. (NYSE: BABA) in China's smaller cities. Its business has been tainted, however, after a series of disputes related to selling counterfeit products, as well as a short-seller report claiming the company overstated its sales and understated its losses.

YOU MAY LIKE
Prev：ZTO Gains After-hours on Revenue Jump, Special Dividend Next：Trump Says He is in No Rush to Complete China Trade Deal