According to reports, China this week balked at a meeting over concerns Trump would walk away from a trade deal. 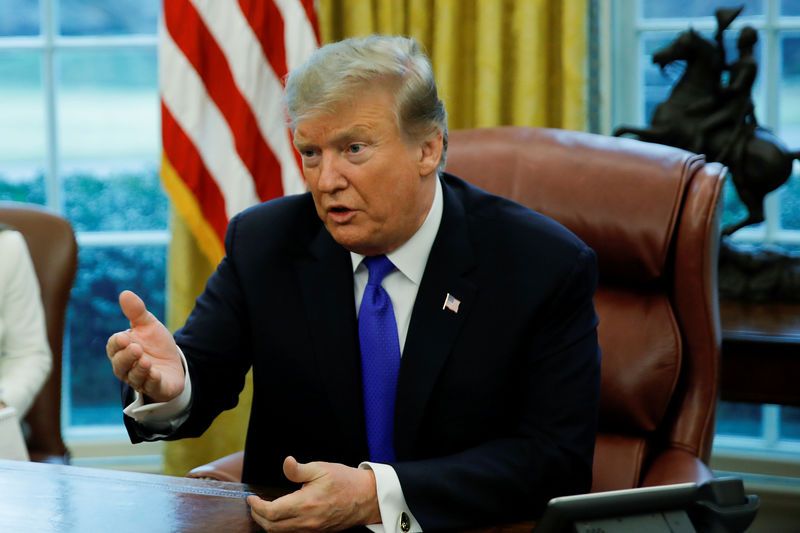 WASHINGTON (Reuters) - U.S. President Donald Trump said on Wednesday he was in no rush to complete a trade deal with China that Washington wants to include structural reforms by Beijing, including how it treats U.S. intellectual property.

Trump and Chinese President Xi Jinping had been expected to meet at Trump's resort home in Florida at the end of March to finalise a pact that would end a months-long trade war. But since both sides are still negotiating, no date has been set for a summit.

"I think things are going along very well - we'll just see what the date is," Trump told reporters at the White House. "I'm in no rush. I want the deal to be right. ... I am not in a rush whatsoever. It's got to be the right deal. It's got to be a good deal for us and if it's not, we're not going to make that deal."

The White House is demanding that China make structural reforms, including how it treats U.S. intellectual property and forces U.S. companies to share their technology when doing business in China.

According to reports, China this week balked at a meeting over concerns Trump would walk away from a trade deal, after Trump did not make a peace deal with North Korean leader Kim Jong Un during a summit in Vietnam.

Trump said he would prefer ironing out details of any trade agreement in a face-to-face meeting with Xi.

"I think President Xi saw that I'm somebody that believes in walking when the deal is not done and you know there's always a chance it could happen and he probably wouldn't want that," Trump said.

"We could do it either way. We could have the deal completed and come and sign or we could get the deal almost completed and negotiate some of the final points. I would prefer that."