The producer of herbal medicine announced it has established a subsidiary in Beijing to develop CBD products. 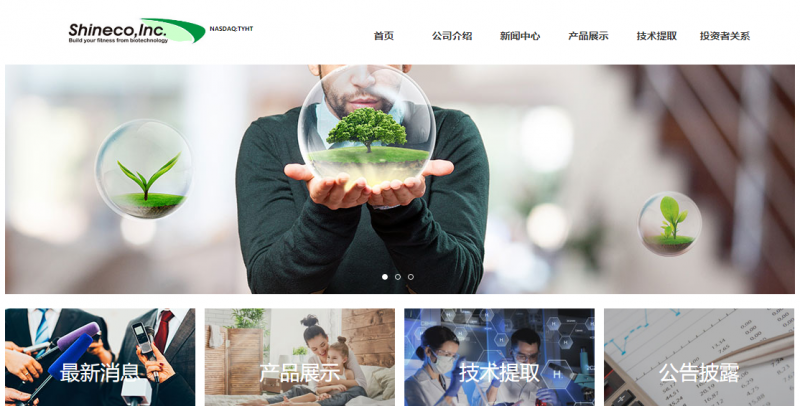 Shares in Shineco Inc. (Nasdaq: TYHT), which have been trading near or below $1 apiece for the past six months, skyrocketed nearly 85 percent Tuesday after the company announced it was delving into the cannabis market in China.

The Beijing-based producer of Chinese herbal medicines said in a statement today that it established a wholly owned subsidiary, Beijing Tenjove Newhemp Biotechnology Co. Ltd., to "capture growth in the industrial cannabis market."

Wall Street received the news with excitement, Shineco's stock soaring 56 cents per share to $1.22 and topping off with an additional 4 cents, to $1.26 per American depositary share, after markets closed. The stock reached as high as $1.60 during the day, well more than double the 66 cents per share it closed Monday.

The company said it planned to plant cannabis, in addition to processing and developing derivatives from CBD (Cannabidiol), a natural compound of cannabis, which has been used to study the treatment of certain diseases, including epilepsy and depression.

"Presently," Shineco stated in its report, "its medicinal value is gaining recognition, and its scope of application is very broad, indicative of the Company's future development prospects."

The chairman and chief executive of the company, Yuying Zhang, commented, "We believe that the new business line of industrial cannabis will likely enrich and draw on the Company's longtime experience in the comprehensive utilization of hemp plants and position the Company to become one of the world's leading experts in the industrialization of hemp-based plants. We expect our plan to create greater value and return to our shareholders and investors."

Shineco, founded in 1997, went public two years ago on the Nasdaq Capital Market at $4.50 per share. The company focuses on the production and distribution of Chinese herbal medicines, organic agricultural produce, specialized textiles, and other health and well-being plant-based products in China.