Shares in the company, which announced earnings after the markets closed, dipped slightly in after-hours trading. 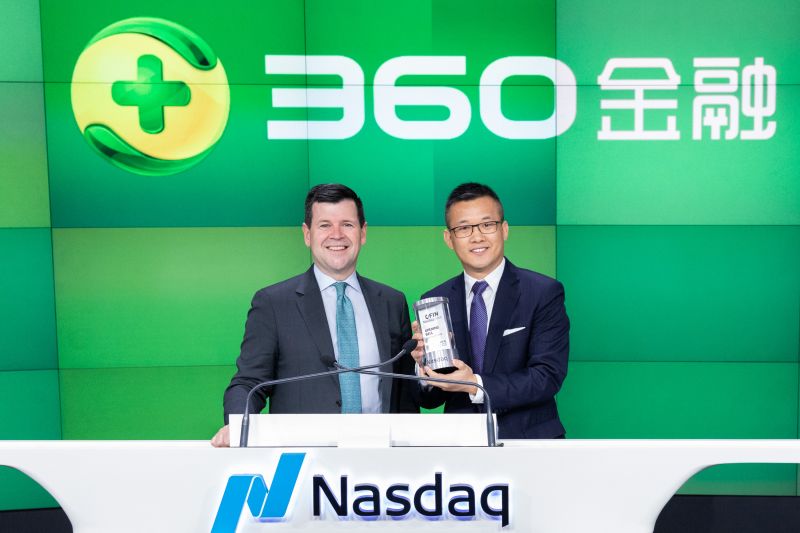 The Shanghai-based company, backed by Qihoo 360 Technology Co. Ltd., reported net income for the quarter ended Dec. 31 of $86.5 million, or 29 cents per fully diluted ordinary share, compared with income of $21.6 million, or 11 cents, a year earlier.

"We were able to generate significant operational and financial growth throughout the year despite turbulent market conditions and regulatory uncertainties," said Jun Xu, the company's chief executive officer. "Over the past year, we have built a strong network connecting numerous of national and regional banks with more than ten million users in China."

360 Finance, which matches "underserved borrowers" with the company's funding partners, said its growth for the period came primarily thanks to an increase in its loan facilitation business, which grew fourfold to $155.4 million in the quarter. The company said it had 12.5 million users with approved credit lines at year-end.

Shares in the company, which announced earnings after the markets closed, were up more than 4 percent during the day to $17.25 per share. The stock dipped slightly in after-hours trading. Each American depositary share equals two Class A ordinary shares.

"We are focusing our efforts on rolling out several innovative projects in 2019 including building a fintech enabling platform and facilitating more loans to SME owners," Xu said.