CNOOC's annual oil and gas revenue rose 22.4 percent in 2018 while its net profit more than doubled. 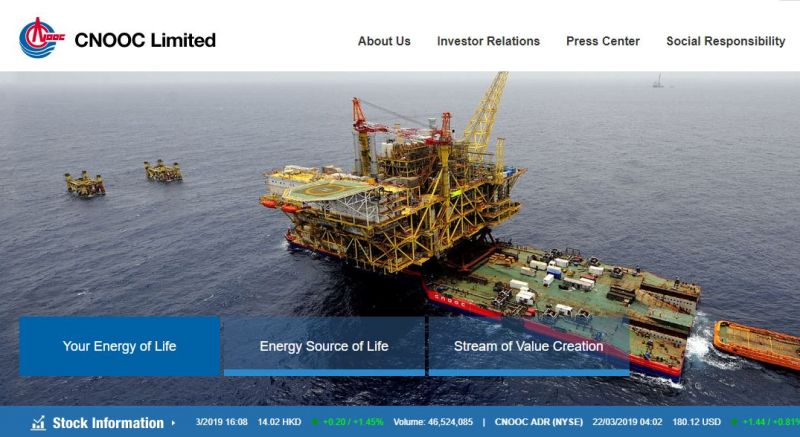 The improvement to profit was primarily the result of CNOOC's average production cost per BOE continuing to decrease, falling 6.6 percent year-over-year to $30.39 per barrel in 2018.

During the year, CNOOC reported 17 discoveries and appraised 17 projects. Its net proven reserves, the amount of oil and gas it can extract while earning a profit, rose 2.47 percent to 4.96 billion BOE as of Dec. 31.

YOU MAY LIKE
Prev：Tencent to Cut Reliance on China Gaming After Profit Hit Next：RYB Education Says Fourth Quarter Revenue Rose 15%; Shares Inch Up