China's Industrial Profits Shrink Most Since Late 2011 as Economy Cools

Growth in China's manufacturing output slumped to a 17-year low in January-February, while factory-gate inflation remained subdued in the same period in a reflection of the deepening strains across the economy. 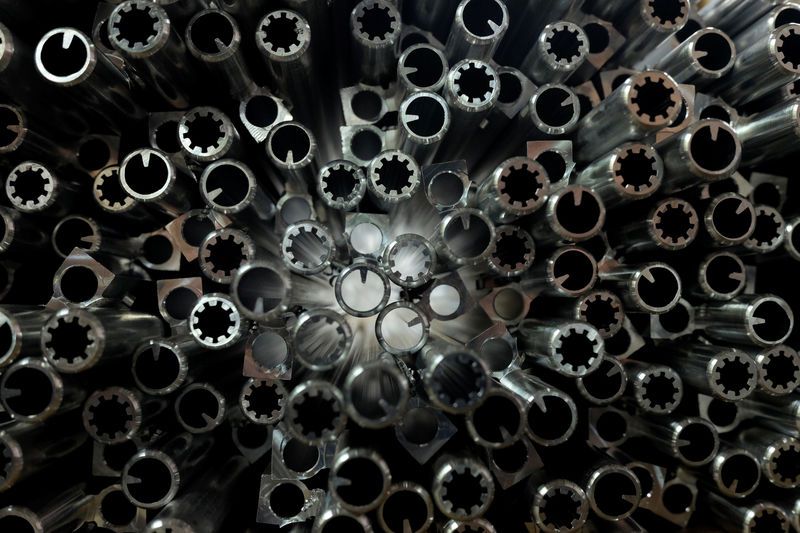 BEIJING (Reuters) - China's industrial firms posted their worst slump in profits since late 2011 in the first two months of this year, data showed on Wednesday, as increasing strains on the economy in the face of slowing demand at home and abroad took a toll on businesses.

The sharp decline in profits suggests further trouble for the world's second-largest economy, which expanded at its slowest pace in almost three decades last year. The government has already lowered the economic growth target this year to 6.0-6.5 percent, from the actual rate of 6.6 percent in 2018.

Profits notched up by China's industrial firms in January-February slumped 14 percent year-over-year to 708.01 billion yuan ($105.5 billion), the National Bureau of Statistics (NBS) said on its website on Wednesday. It marked the biggest contraction since Reuters began keeping records in October 2011.

The data combines figures for January and February to smooth out distortions caused by the week-long China's Lunar New Year.

The drag was mainly due to price contractions in key industrial sectors such as auto, oil processing, steel and chemical industries, Zhu Hong of the statistics bureau said in a statement accompanying the data, adding that production and sales are slowing as well.

Profits in the auto sector were down 37.1 billion yuan from a year earlier, while those in the oil processing industry fell 31.7 billion yuan, according to official data.

Zhu said the timing of Lunar New Year holidays that fell in early February also had a bigger negative impact on business operations this year than in 2018.

The trade war with the United States has put a dent on factory activity, corporate earnings, business sentiment and overall consumption in a blow to the economic outlook.

Growth in China's manufacturing output slumped to a 17-year low in January-February, while factory-gate inflation remained subdued in the same period in a reflection of the deepening strains across the economy.

"Although it's possible U.S. and China could come to a trade deal in the near future, it still remains a question that it will help reverse the decline in China's exports," said Betty Wang, senior China economist at ANZ, adding that waning global demand remains a concern as well.

Policymakers have acknowledged the country's economy is facing increasing downward pressure, hurt by multi-year campaigns to curb debt risks and pollution, while the trade war with the United States took a toll on export orders and employment.

Beijing is beefing up measures to support the manufacturing industry by cutting the value-added tax, increasing infrastructure spending and reducing direct government intervention.

Tax Cuts to the Rescue?

The profit margin in the manufacturing sector is less than 5 percent and many companies are suffering losses, Li Dongsheng, CEO of TCL Corp. told a Guangdong delegation meeting on the sidelines of an annual parliament meeting in March.

"I advise the government to further lower value-added tax, and if implemented, it will effectively boost the profit-making ability of the manufacturing industry," said Li.

Industry data out on Monday also showed China's automobile sector in reverse gear, with sales down 13.8 percent in February year-on-year, marking the eighth consecutive month of decline in the world's largest auto market.

Earlier this month, Beijing announced hundreds of billions of dollars in additional tax cuts, which included a 3 percentage point reduction in value-added tax for the manufacturing industry that has been grappling with rising costs and lower profit margins in the face of the economic slowdown.

The country's customs agency said on Wednesday that the VAT cuts will help reduce the tax burdens of importers by 225 billion yuan.

Yet, the support measures are taking time to kick in. Most analysts believe economic activity may not convincingly stabilize until the middle of the year.