The company said it currently works with 46,565 dealers in China, representing a year-over-year increase of 34 percent. 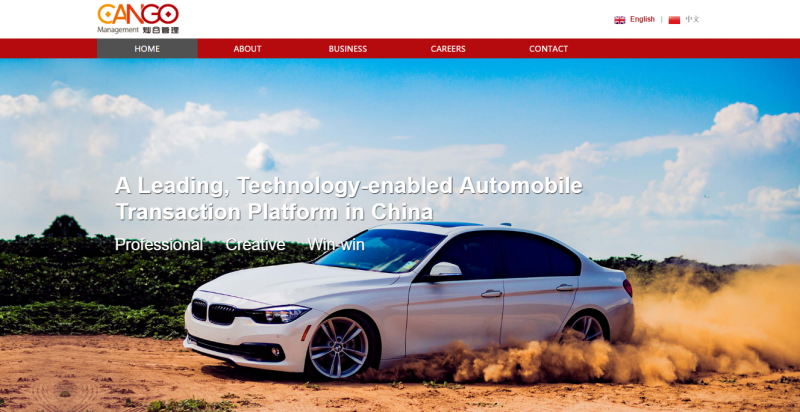 Cango Inc. (NYSE: CANG), which provides financing, insurance, and other services in the automotive industry, reported late today that its revenue climbed slightly in the fourth quarter while earnings jumped 59 percent compared with the year before.

For the three months ended Dec. 31, the Shanghai-based company said it recorded $46.7 million in revenue, up from $45.3 million in the year-ago period.

Net income attributable to Cango shareholders climbed to $8 million, or 5 cents per American depositary share, compared with $5.1 million, or 4 cents per ADS, in the same quarter a year earlier.

"We concluded an eventful 2018 with a solid performance in the fourth quarter," said Jiayuan Lin, the company's chief executive officer. "Such growth was driven by our effort to consistently optimize the quality and efficiency of our automotive financing facilitation service offerings, as well as maintain a satisfying attach rate of our after-market services by successfully executing our cross-selling strategies."

Shares in Cango, which announced its earnings after the markets closed in New York, ended the day at $7.15 per share, down nearly 5 percent, or 35 cents.

The company said it currently works with 46,565 dealers in China, representing a year-over-year increase of 34 percent. Much of its recent growth has come through its burgeoning after-market services operation, which has nearly quadrupled in revenue over the past year.

Cango also has an agreement with the car-hailing platform Didi, which led to more than 100 auto transactions being facilitated for Didi drivers in the final two months of 2018. The company also recently completed the purchase of an insurance brokerage firm.