Shares in the maker of traditional Chinese medicines declined 2 percent in early trading after the company posted results for the six months through September. 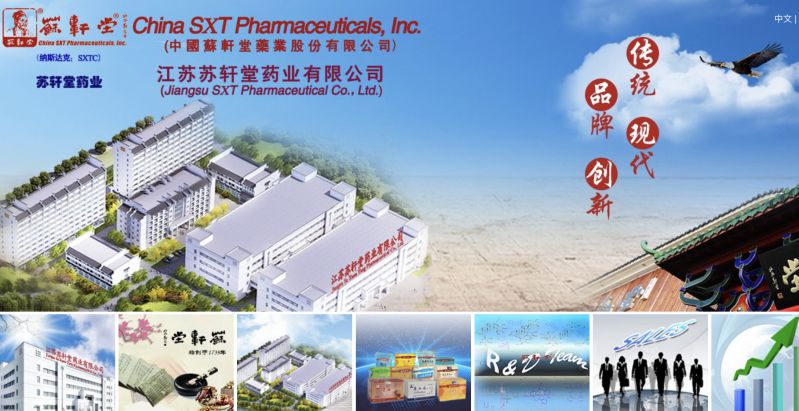 Shares in China SXT Pharmaceuticals Inc. (Nasdaq: SXTC) were trading down more than 2 percent Thursday, at $6.50 apiece, after the company said its revenue for the six months through September increased a disappointing 0.7 percent year-over-year.

Alex Shi, the chief financial officer of the Taizhou-based maker of traditional medicines, called the results for six months "solid," highlighting the sales of higher-margin advanced Traditional Chinese Medicine Pieces (TCMPs), which doubled from the same period of 2017.

Sales of its other products, however, decreased. The total revenue for the period was just $3.92 million, compared with $3.89 million in the six months through September of the preceding year, which sent China SXT's stock lower intraday.

The company said its net income for the six months through September was $1 million, or 5 cents per share, compared with $790,000, or 4 cents per share.

"As one of first companies to produce and market TCMP products in the Chinese market, we believe that advanced TCMP stands for the biggest opportunity for us to separate from the pack and to capture our fair share of the steadily growing TCMP market in the long run," China SXT's chairman and chief executive, Feng Zhou, said in the report.

He concluded, "We expect the advanced TCMP segment to continue to drive our top- and bottom- line growths and margins expansion in the foreseeable future."

The company completed its initial public offering in December, selling 2.5 million ADSs at $4 per share. In January, it sold an additional 40,000 ordinary shares in a second closing, bringing the total funds raised to approximately $10.2 million.

Boosted Securities LLC acted as the sole underwriter on the deal.