The company estimated that it would raise about $10.7 million from the offering, based on the $11.45 per share closing price on Thursday. 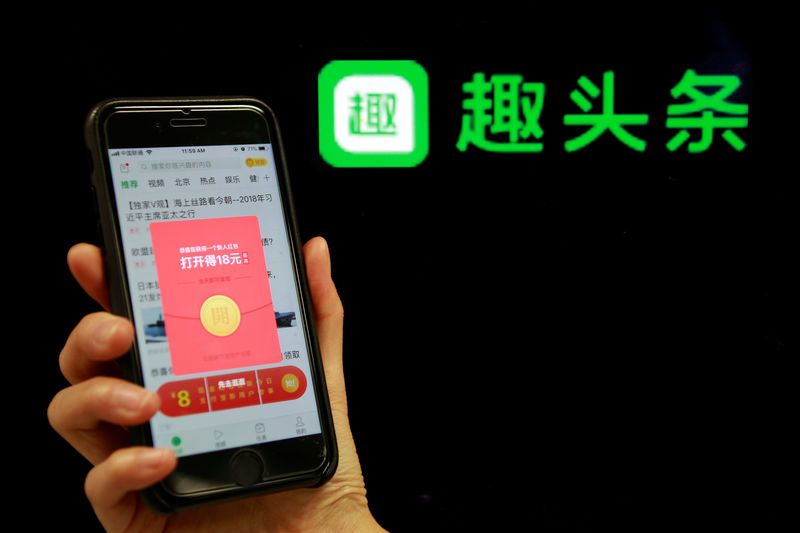 Shares in Qutoutiao closed Friday at $11.57 per share, up slightly more than 1 percent on the day.

The company estimated that it would raise about $10.7 million from the offering, based on the $11.45 per share closing price on Thursday. That would increase to $24.8 million if the underwriters exercised their option in full to purchase additional ADSs. Proceeds would be used for "general corporate purposes," the company said. (Qutoutiao would not receive any funds from the sale of shares by existing stockholders.)

Qutoutiao, which operates as a mobile-only service, sends customized news feed to users based on their search results and selected topics of interest. The app spreads content from different online sources and media partners, including the People's Daily news agency, Beijing Times, and Hexun.com.

The company has aimed its content strategically to users from smaller cities and rural areas "because of the enormous opportunities in this underserved market," it said in an earlier filing.

Heavily backed by Tencent Group Holdings Ltd. (HKEX: 0700), the 3-year-old company reported in its filing with the SEC today that the selling shareholders include several smaller investors in the company.

Eric Siliang Tan, co-founder and executive chairman, who holds more than 75 percent of voting control in the company, would not be selling shares, according to the filing.

Among those listed who control the shares to be sold include Li Ruigang, a Chinese businessman who is chairman of China Media Capital, and Jason Jiang, the billionaire founder and CEO of Focus Media. Li is expected to sell about 2.5 million ADSs, while Jiang is listed as selling about 2 million shares. Every four ADSs represent one Class A ordinary share.