The company, which makes auto parts, reported improved profit and revenue for the fourth quarter. 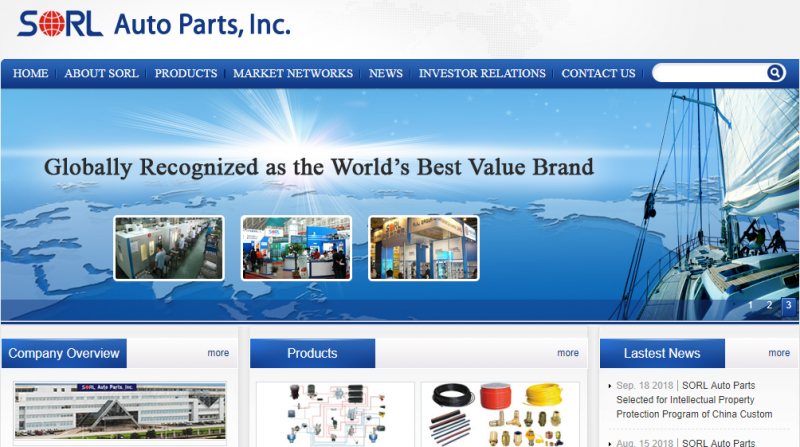 The Zhejiang-based company, which makes brake systems and other auto parts, announced today that its income for the three months through December reached $3.3 million, or 17 cents per share.

"We are pleased to report robust growth in sales to Chinese OEM market in the fourth quarter and another record top line in 2018, especially in the weakening economy in China," Sorl's chairman and chief executive officer, Xiaoping Zhang, said in a statement.

The company's chief operating officer, Jinrui Yu, added, that Sorl had invested more than $55.4 million in property, plant, and equipment last year in efforts to improve its capacity.

"Our strengthened research and development program continues to develop technologies positioning us for ongoing growth in the future," Yu said.

Sorl's total operating expenses grew 37 percent in 2018 to $98.5 million, according to the report.

Looking ahead, the company said it expects net sales to reach $515 million and income of approximately $22 million.