The five-year old company has decided to put off those plans as it is not ready to go public, the sources said. It drew lukewarm investor interest, added one of them. 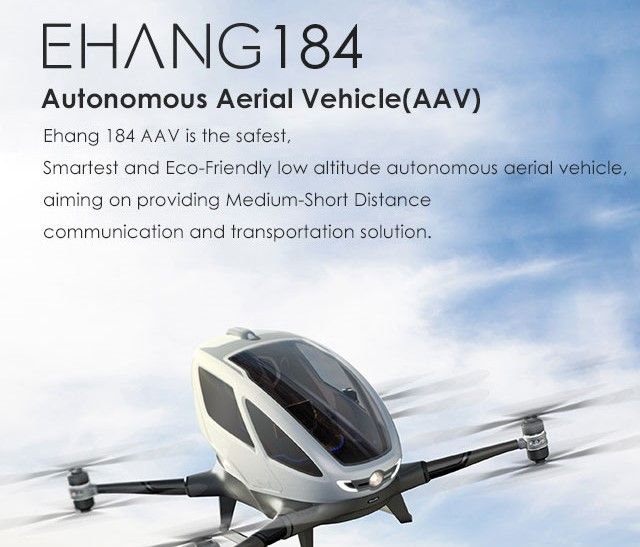 HONG KONG (Reuters) - Chinese drone maker EHang has delayed plans for a U.S. initial public offering (IPO) and is instead looking to raise up to $200 million in a private fundraising, two people with direct knowledge of the matter told Reuters.

EHang had been seeking between $400 million and $500 million from a U.S. IPO this year, sources told Reuters previously. Credit Suisse and Morgan Stanley have been working on the offering.

The five-year old company has decided to put off those plans as it is not ready to go public, the sources said. It drew lukewarm investor interest, added one of them.

EHang did not respond to a request for comment. Credit Suisse and Morgan Stanley declined to comment.

Founded in 2014 and headquartered in Guangzhou province, EHang first made headlines in 2016 when it unveiled a passenger drone concept which it said would retail at up to $300,000.

Early last year it said it had completed tests for the vehicle which is capable of carrying one person at speeds of up to 130 kph.

In May, EHang broke the Guinness World Record for most drones flown simultaneously in a 13-minute flight that involved 1,374 drones spread over a kilometer.

China has championed rapid development in its tech sector in a bid to build world-leading firms and reduce dependence on foreign products including semiconductors, robots, and drones.

EHang specializes in aerial landscaping. In consumer drones it is dwarfed by fellow Chinese drone maker SZ DJI Technology Co. Ltd., which is the world's largest maker of non-military drones and plans to list in either Hong Kong or mainland China, people familiar with the matter told Reuters last year.

The global market for drones was expected to reach $9 billion last year and is forecast by research firm IDC to grow at a compound annual growth rate of 30 percent in the next five years. IDC also estimates that more than half of that spending will be on drones for commercial use.