Xunlei Stock Gets a Boost After Bitcoin Jump; Shares Still Down Significantly Over Past Year

Although the stock of the blockchain company soared Tuesday after the price of bitcoin jumped, shares in the company have fallen by more than half over the past year 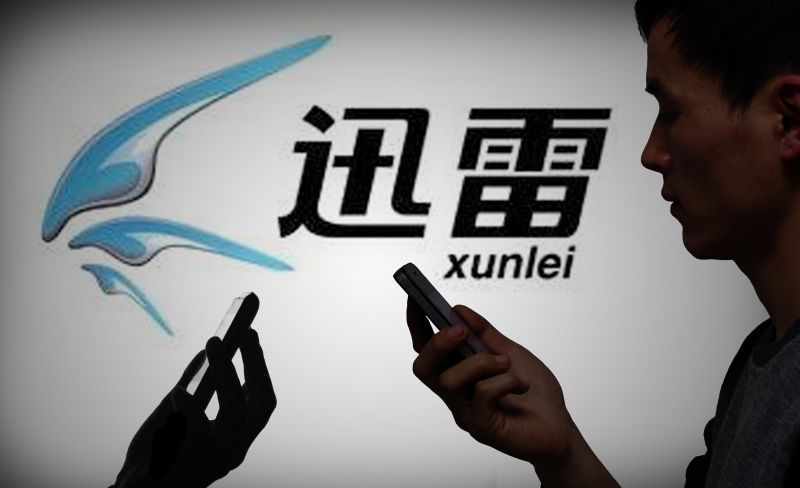 As analysts are scratching their heads for the reason behind the jump, with some suggesting it was fueled by an April Fools' Day joke that a bitcoin exchange-traded fund was getting regulators' approval, blockchain and cryptocurrency companies have enjoyed a boost in the market.

Xunlei, which provides cloud computing and blockchain services in China, saw its shares jump as much as 17 percent in the first hour of trading, then leveled off to $3.96 per American depositary share in the afternoon, still more than 7 percent above yesterday's close.

The company has experienced a tumultuous ride over the past year-and-half after it launched Wanke Coins and faced legal troubles associated with alleged illegal currency trading. China has officially outlawed any kinds of initial coin offerings (ICOs) as a means to raise funds for new cryptocurrency ventures. In November 2017, Xunlei, which denied its product was an ICO, suspended all platforms that were trading Wanke Coin as a currency.

In January, the stock of the company weakened after China regulators named and shamed Xunlei's LinkToken as an example of an ICO in "disguise" and issued another warning. At the time, its stock was trading above $16 per share.

In April, Xunlei announced the launch of a blockchain platform, ThunderChain, which was built upon its old platform used to generate its custom token.

Over the year, the company continued to push its blockchain, as well as cloud computing, services, without specifically mentioning cryptocurrency. In December, it said it partnered with China Mobile IoT Co. Ltd., a subsidiary of China Mobile Ltd. (NYSE: CHL), to jointly develop IoT industry solutions by leveraging blockchain technology. Having lost the drive of cryptocurrency, its stock was trading just below $5 per share that month.

Over one year, shares in the company declined more than in half to today's $3.96 per share.

The company then announced a disappointing fourth quarter, saying its revenue was down 7 percent year-over-year, while its net loss has more than doubled. For the full year, Xunlei reported revenue of $232.1 million, a 15 percent increase, and a net loss from continuing operations of $40.8 million, compared with a loss of $44.2 million in 2017.

On Monday, Xunlei announced yet another partnership that would boost its blockchain technology. It said it plans to build a blockchain-powered digital copyright identifier (DCI) system with the Copyright Protection Center of China (CPCC).