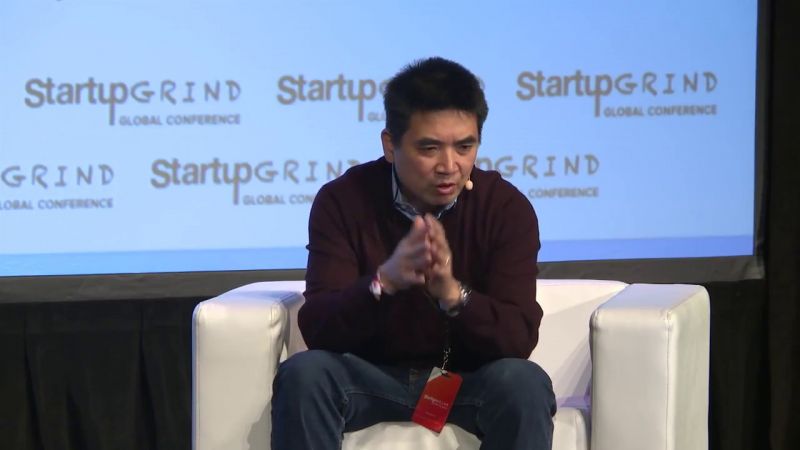 Zoom Video Communications (ZM) intends to raise $100 million in an IPO of its Class A common stock, according to an S-1 registration statement.

The firm, which was founded by Beijing-raised CEO Eric Yuan, provides an online video conferencing service to businesses of all sizes.

ZM's financial results are extremely impressive, even for a fast-growing technology company and the IPO will likely be in high demand.

San Jose, California-based Zoom was founded in 2011 to improve the options for bringing teams and people together via online video.

Below is a brief overview video of Zoom's service:

ZM's core offerings are Zoom Meetings and Zoom Rooms. Meetings is a full feature set of capabilities for users to organize video meetings.

Rooms is a conference room system, "which enables users to easily experience Zoom Meetings in their physical meeting spaces."

The firm uses a "land and expand" approach within enterprises and seeks integration partners for its app marketplace.

ZM is also focusing on international expansion opportunities which management says requires little in the way of language localization costs.

Sales and marketing expenses as a percentage of revenue have risen as revenues have increased, as the figures below indicate:

However, the sales efficiency rate, defined as how many dollars of additional gross profit are generated by each dollar of sales and marketing spend, was 1.8 in the most recent year, as shown in the table below:

Any percentage rate above 100 percent means negative net churn in dollar terms, so Zoom's most recent rate of 140 percent, which is growing, is quite impressive.

ZM's recent financial results can be summarized as follows:

Zoom has filed raise $100 million in gross proceeds from an IPO of its Class A common stock, though the final amount will likely be different from this typical placeholder figure.

Multiple classes of stock are a way for management to retain voting control of the company after losing economic control.

The S&P 500 no longer admits firms with multiple classes of stock to its index.

Management says it will use the net proceeds from the IPO as follows:

"The principal purposes of this offering are to increase our capitalization and financial flexibility and create a public market for our Class A common stock. We currently intend to use the net proceeds we receive from this offering for general corporate purposes, including working capital, operating expenses and capital expenditures."

Management's presentation of the company roadshow isn't available yet.

Management is headed by founder and CEO Eric Yuan, who was previously VP Engineering at Cisco (Nasdaq: CSCO).

Beijing-raised Yuan said he first thought about the potential for online video collaboration when he was a freshman in college in China.

He disliked riding a train for hours on end to see his then-girlfriend and now wife and instead envisioned the ability to easily connect online.

After finishing his college studies, he moved to Silicon Valley in 1997, beginning work for WebEx, a small video conferencing company that was later acquired by Cisco, where he was promoted to Corporate VP of Engineering.

Never losing sight of his desire to build a truly world-class online video collaboration system, he left Cisco with a number of colleagues to start Zoom in 2012.

Zoom was ultimately backed by a syndicate of venture capital and corporate investors.

So, though Yuan remains in San Jose, California, the company he created, with over 1,000 employees, enables users around the world to collaborate in real-time and has received numerous industry awards for web-based conferencing solutions.

It is rare to see such a high-growth trajectory for a technology firm that might also be profitable in the next fiscal year.

The market opportunity for ZM's solutions is large and growing as employees are increasingly distributed across geographies, increasing the demand for visual communications to retain cohesiveness and improve communication.

Competition is significant between other large firms such as Cisco, Google (Nasdaq: GOOGL), and Microsoft (Nasdaq: MSFT). However, Zoom is growing topline revenue at a much faster rate than the industry is growing, indicating the firm is competing extremely well.

Morgan Stanley is the lead left underwriter for the IPO. IPOs led by the firm over the past 12-month period have generated an average return of 8.5 percent since their IPO. This is a middle-tier performance for all major underwriters during the period.

Assuming no market dislocation, the IPO will likely be highly oversubscribed and interested individual investors may have a hard time obtaining allocation.

However, patient investors might see a reasonable entry point post-IPO as the expected high level of trading activity dies down.

(The opinions expressed by contributing analysts do not reflect the position of CapitalWatch or its journalists. The analyst has no positions in stocks mentioned, no plans to initiate any positions within the next 72 hours, and no business relationship with any company whose stock is mentioned in this article. Information provided is for educational purposes only, may be incomplete or out of date, and does not constitute financial, legal, or investment advice.)

YOU MAY LIKE
Prev：ANALYSIS: Yunji Files For $200 Million U.S. IPO Next：ANALYSIS: iQIYI Grows 2018 Revenue, But Expenses Weigh On Results