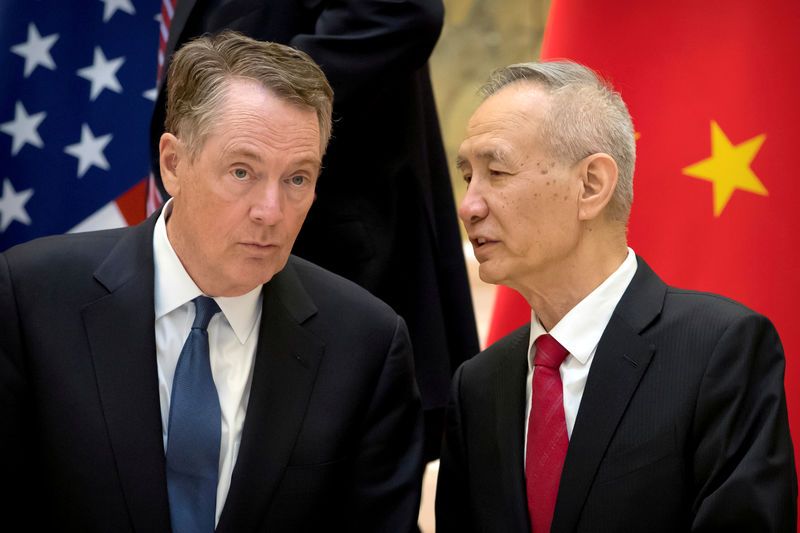 WASHINGTON (Reuters) - Trade talks between the United States and China are progressing and both sides hope to get closer to a deal this week, White House economic adviser Larry Kudlow said on Wednesday as negotiators prepared to start a fresh round of talks in Washington.

Talks between the two economic powerhouses made good headway last week in Beijing, Kudlow told reporters at an event hosted by the Christian Science Monitor.

Kudlow said China has acknowledged problems of intellectual property theft, forced technology transfer and hacking for the first time as a result of the trade talks.

He said U.S. charges against Chinese telecommunications giant Huawei Technologies Co Ltd has generally not come up during trade talks.

Kudlow also said no decisions have been made on auto tariffs.

Separately, the International Monetary Fund (IMF) reported today that an escalation of the U.S.-China trade war would drive manufacturing away from both countries and likely cause job losses, but would not change their total trade balances.

The United States and China would see "sizable" losses in manufacturing as capacity moves towards Mexico, Canada, and East Asia if tariffs were hiked to 25 percent on all goods flowing between the two countries, the IMF said in its April World Economic Outlook.

That would escalate a tit-for-tat tariff battle between the two economic giants that has gripped global financial markets since mid-2018. The United States already has tariffs of 25 percent on $50 billion worth of Chinese goods and levies of 10 percent on another $200 billion. China has retaliated with duties on U.S. products, including key agricultural crops.

The countries have been trying to negotiate a deal to end the spat. U.S. Trade Representative Robert Lighthizer and Treasury Secretary Steven Mnuchin are due to resume talks with Chinese vice premier, Liu He, on Wednesday, just days after the two sides reported progress in talks last week in Beijing.

The electronics and other manufacturing sectors in China would be hard-hit and the U.S. agricultural sector would see a significant contraction if the trade war were to escalate, the IMF report showed.

The group forecast a scenario where "large sectors in both countries shed a significant number of jobs."

That would translate to about 1 percent of the workforce in the U.S. agricultural and transportation equipment sectors, and 5 percent in Chinese manufacturing other than electronics, like furniture and jewellery.

Any attempts to address a trade deficit or surplus with another country through tariffs would shift the trade balances with other countries, making no impact on a country's aggregate balance, the IMF said.

For example, U.S. imports of electronics and machinery from China would drop to 11.5 percent after the tariffs from about 22.1 percent of total imports, while the proportion of imports from other countries would rise.

Even though some countries would benefit from the new trade flows, most countries are "likely to be worse off" because of increasing macroeconomic uncertainty, the IMF said.

YOU MAY LIKE
Prev：Ruhnn Stock Sinks 19% Upon Takeoff on the Nasdaq Next：Future FinTech Announces New Subsidiary for Cloud Mall; Shares Slide