Shares in the solar company shed 38 percent since China's regulators cut subsidies to the industry in June. 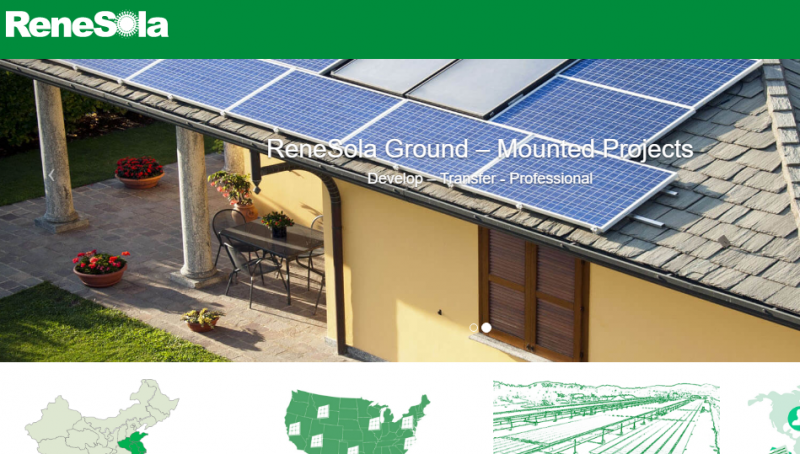 ReneSola Ltd. (NYSE: SOL) announced Monday its financials for the fourth quarter, reported a miss on revenue coupled with a narrower-than-expected net loss, sending its stock 2 cents higher to $1.70 per American depositary share by midday.

Revenue was $5.6 million for the three months through December, ReneSola said in its statement today. That's compared with $64.8 million in revenue in the same period of 2017. Net loss was $4.5 million, or 1 cent per share, in contrast to net income of $1.7 million in the fourth quarter of the previous year.

The Shanghai-based company, founded in 2005, operates and constructs solar panel farms in China and globally, with an estimated pipeline of 773 megawatts (MW) of solar power projects to be completed by 2021.

Operating expenses in the fourth quarter were $4.8 million, up 153 percent year-over-year, according to the report. ReneSola had $6.8 million in cash and cash equivalents by Dec. 31.

The year was tumultuous for China's solar power sector. The government, which previously heavily supported the growth of clean energy companies as it focused on anti-pollution measures, has cut subsidies and suspended construction of new solar panel farms in China. As shares across the sector plunged, ReneSola responded with optimism, relying on the growth of its projects overseas. 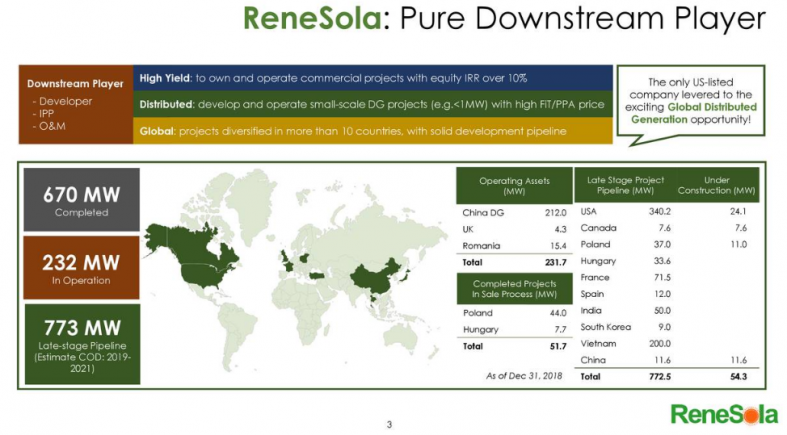 As of the end of the year, ReneSola operated projects in the United States, Canada, India, Southeast Asia, and in a number of European countries.

YOU MAY LIKE
Prev：As Latest Round of U.S.-China Talks End, 'Significant Work' Remains Next：U.S. 'Not Satisfied Yet' in China Trade Talks