U.S. 'Not Satisfied Yet' in China Trade Talks

This month China is hosting its second summit for its Belt and Road initiative, which envisions connecting China with Asia, Europe and beyond with massive infrastructure spending. 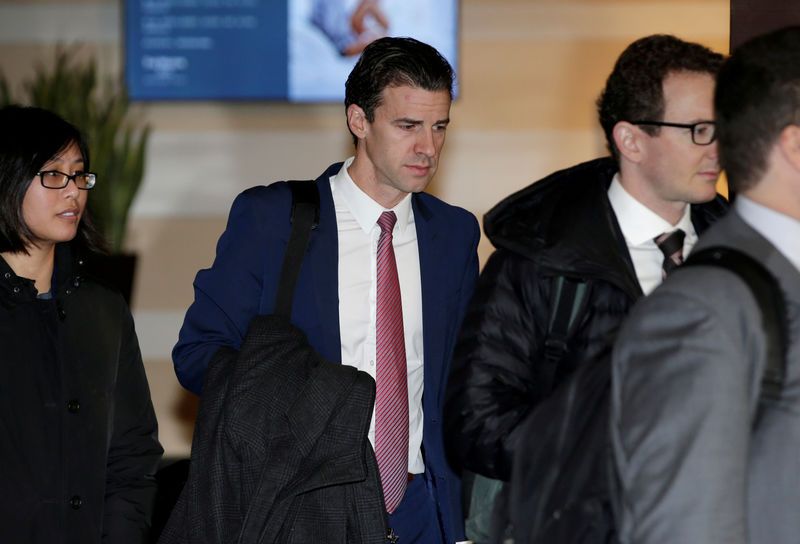 WASHINGTON (Reuters) - U.S. officials are "not satisfied yet" about all the issues standing in the way of a deal to end the U.S.-China trade war but made progress in talks with China last week, a top White House official said on Monday.

The United States and China have been embroiled in a tit-for-tat tariff battle since July 2018, roiling global financial markets and supply chains and costing both of the world's two largest economies billions of dollars.

The two sides wrapped up the latest round of talks in Washington late last week and will be resuming discussions this week remotely.

"We're making progress on a range of things, and there's some stuff where we're not satisfied yet," Clete Willems, a top White House trade official, told Reuters on the sidelines of a U.S. Chamber of Commerce event on Monday.

He declined to get into specifics on which issues remained unsettled. Last week, President Donald Trump said a deal could be reached in about four weeks.

Willems also declined to specify a timeline for the pact, noting: "It should be a good sign for people that we're not rushing into this we want to get it right and we need to nail down specifics."

Willems said that the two sides were still trying to settle on how to handle existing tariffs. The United States has slapped tariffs on hundreds of billions of dollars worth of Chinese goods, and the Trump administration sees those as leverage to ensure Beijing keeps any promises made in the deal. Chinese officials want the levies removed.

The United States and China have agreed on an enforcement structure that would give Washington the right to retaliate if Beijing was not honoring the terms of the agreement, Willems said.

European Union leaders did not take issues with Chinese trade policy as seriously as they should have in the past, but the United States and the EU are now "working hand in hand" at the World Trade Organization on China's non-market economic policies, Willems said earlier in remarks at the Chamber of Commerce.

The United States and the EU want to work together on joint projects that provide market-based alternatives to state-led initiatives "that can come with strings attached," he said.

Next month China is hosting its second summit for its Belt and Road initiative, which envisions connecting China with Asia, Europe and beyond with massive infrastructure spending, but the United States will not be sending high-level officials to the event.

Washington views Beijing as a major strategic rival. The United States has said it views the initiative as a way of spreading Chinese influence overseas and saddling low-income countries with unsustainable debt using opaque projects.

Willems, who has been a key figure in negotiations with China, said last month he will be leaving the White House in the coming weeks to spend more time with his family after the birth of a new baby.