JD.com Reportedly Ready to Lay Off Up to 12,000 Workers

Today’s news comes after the company announced earlier this year that it would cut 10 percent of its senior executives. 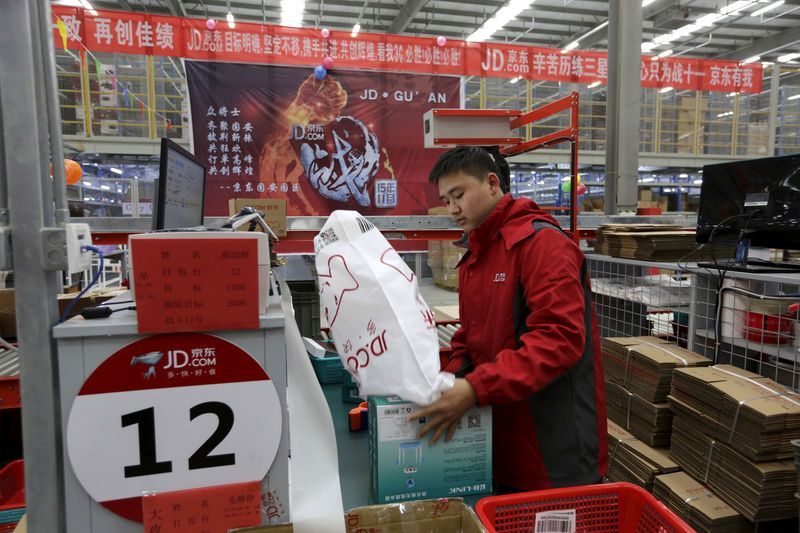 After news surfaced earlier this year that JD would lay off 10 percent of its senior executives, a new report said that its cuts had now expanded to other teams of the Beijing-based online retailer.

Up to 8 percent of its overall workforce of more than 150,000 employees could be axed, according to The Information. That would represent more than 12,000 people, including office staff, as well as delivery and warehouse workers, the report said.

The reported layoffs come during a broader slowdown in China's tech sector, in which startups are vying for shrinking pools of venture capital, and established companies are looking for new revenue opportunities as growth plateaus.

Today's report left JD's stock nearly level. Its shares closed at $30.90 per American depositary share, up 11 cents on the day.

The company's stock has plunged more than 60 percent last year, but has since recovered, returning to its August price that preceded the arrest of its chief executive officer, Richard Liu, on suspicion of rape in Minnesota. The incident was closed after law enforcement officials announced they would not pursue charges against him.

Late last year, JD announced a corporate restructuring in China that reoriented the company away from distinct business lines and focused more on levels of customer engagement.

The move, which divided the company into three operational layers, was aimed at making the company more responsive to customer needs and industry changes, the internal announcement said.

The restructuring was aimed at dividing the company among a customer-facing, or front-stage, department, a second-stage operation for business support tasks, and a back-office segment dedicated to risk-management and service support.

"After rapid development, the whole industry is undergoing tremendous changes," the corporate statement said, "the disappearance of a demographic dividend requires us to more precisely meet the needs of customers, the evolution of technology and business models requires our continuous innovation, changes in the competitive environment require us to be more agile and flexible."

YOU MAY LIKE
Prev：ATA Shares Double in New York after Company Announces Proposed Acquisition Next：China Auto Sales Down for Tenth Month; Tax Cuts May Boost Market