Shares in the education provider dropped 7 percent after Four Seasons said it would repurchase up to $15 million of its ADSs. 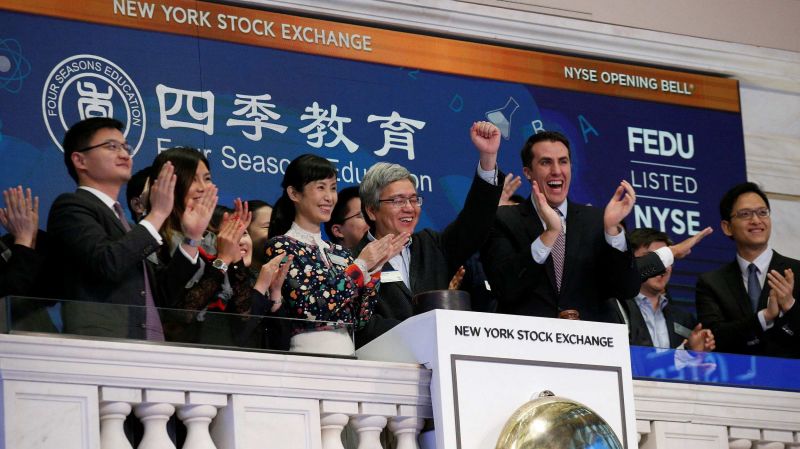 In a statement today, the Shanghai-based provider of after-school math education for elementary level said it would repurchase up to $15 million of its American depositary shares over the next 12 months.

"With our newly approved share repurchase program, we expect to capitalize on our current valuation to repurchase shares at attractive prices," the chairman and chief executive of Four Seasons, Peiqing Tian, said. "The proposed program also demonstrates our firm conviction in the value and long-term outlook of the Company."

Four Seasons said it would fund its share repurchase from its available working capital and cash coming from past or future operations.

In its latest financial report, the company said it had $71.4 million in cash and cash equivalents as of Nov. 30.