The United States and China are trying to hammer out a deal to end a months-long trade war that has cost the world's two largest economies billions. 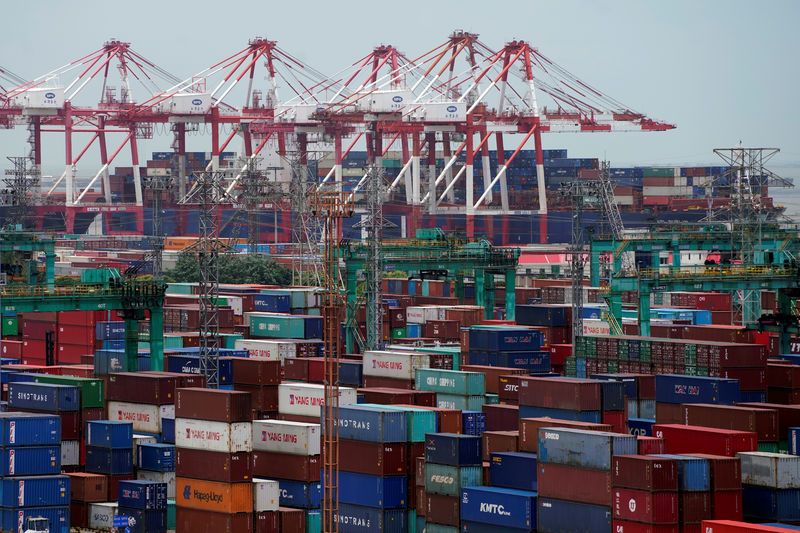 NEW YORK/CHICAGO (Reuters) - China would likely lift a ban on U.S. poultry as part of a trade deal and may buy more pork to meet a growing supply deficit, but it is not willing to allow a prohibited growth drug used in roughly half the U.S. hog herd, two sources with knowledge of the negotiations said.

The United States and China are trying to hammer out a deal to end a months-long trade war that has cost the world's two largest economies billions and roiled global financial markets and supply chains.

Washington is also pushing for greater market access for agricultural products by seeking to reduce tariffs, lift bans and overhaul regulatory processes. The United States has asked Beijing to lift its bans on the drug ractopamine, which some U.S. pork producers use to boost hog growth, and on U.S. poultry, said two sources briefed on the discussions who spoke on condition of anonymity.

China's negotiators have resisted lifting the ractopamine restriction even though Beijing may boost imports of U.S. pork as its own hog herd is devastated by disease, the sources said.

"I think that China will do anything possible to make it easier for them to import protein," said Bob Brown, an independent U.S. livestock market analyst. "This is such a gigantic thing," he said of African swine fever.

Up to 200 million pigs could be culled or die from infections as the disease spreads through China, reducing the nation's pork output by 30 percent from 2019, according to Rabobank.

Iowa State University agricultural economist Dermot Hayes said he expects China will import about 4 million to 6 million tonnes of pork in 2020, following losses in Chinese herds. The amount imported from the United States will depend on a trade deal, because Beijing maintains tariffs on shipments of American pork and has alternative suppliers, he said.

"With China's situation with African swine fever, they're going to have a real protein shortage in the near future," he said.

The U.S. Department of Agriculture projects China's total chicken imports will surge 68 percent this year to 575,000 tonnes, not including popular chicken feet, as African swine fever spurs consumers to turn to proteins other than pork. The disease is fatal to pigs but not harmful to humans.

Beijing has banned all U.S. poultry and eggs since January 2015 due to an avian influenza outbreak, which has been over for years. That caused imports to tank after the United States shipped $390 million worth of poultry and products to China in 2014. The following year, shipments were less than a fifth of that, at $74 million.

China lifted a similar restriction on poultry from France last month, and last year dropped duties on U.S. white-feathered broiler chickens. A total lifting of the ban would reopen the gates for U.S. poultry to compete in the world's largest, and best-paying, market for products like chicken feet, and benefit companies such as Sanderson Farms Inc..

While it looks increasingly likely China may lift its ban on U.S. poultry, Beijing is seeking a "two-way street" and would want to be able to export some poultry products to the United States as well, two sources said.

China's Ministry of Agriculture and Rural Affairs did not respond to a request for comment. A spokeswoman for the U.S. Trade Representative's office declined to comment.

A U.S. meat exporter said officials from the USTR indicated that China will not drop its ban on ractopamine, though trade talks are still ongoing.

Chinese authorities blocked the use of ractopamine in livestock in 2002. They say it can cause health problems in people and is too similar to clenbuterol, an illegal additive in pig feed used to keep meat lean. The European Union also prohibits ractopamine, although the United States and other countries say it is safe.

Keeping the ban on ractopamine could benefit companies such as Smithfield Foods, a subsidiary of Hong Kong-listed WH Group Ltd. that already raises most of its hogs without the drug. WH Group declined to comment. Smithfield Foods did not respond to request for comment.

Other U.S. pork producers that use the drug could benefit if China dropped its ban.

"It's unfortunate news," Christine McCracken, senior protein analyst with Rabobank in New York, said of the likely continuance of the ractopamine ban.

YOU MAY LIKE
Prev：ChinaNet’s Shift Away From Blockchain, Net Loss Send Stock Down 34% Next：Minnesota Student Sues JD.com's CEO Liu, Company Over Rape Allegation