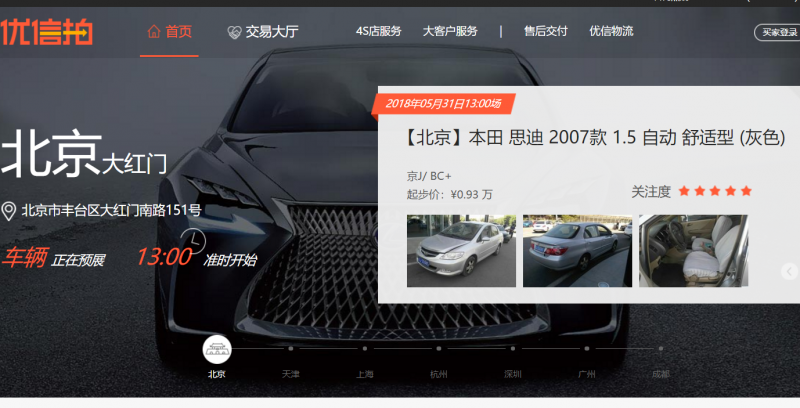 The stock of Uxin Ltd. (Nasdaq: UXIN) recovered more than 51 percent Wednesday after the company issued a brief statement denying short-seller allegations that tanked its shares the day before.

"The Company firmly denies the baseless allegations that it has falsified any sales data. Kun Dai, the Founder, Chairman and Chief Executive Officer of Uxin, also confirmed that he had never voluntarily sold any shares in Uxin as alleged in the report," Uxin continued.

"Uxin is committed to providing fair and transparent disclosure to investors and to rebutting any false claims that attempt to undermine confidence in Uxin's business, management and operations."

In response to today's announcement, the stock of China's largest used car sales platform ended the day $1 higher at $2.95 per American depositary share. That was a bounce back from Tuesday's 36 percent plunge, though it fell as low as $1.69 midday.

In its report, J Capital claimed Uxin overstated its auto sales volume by as much as 40 percent and had not reported its "staggering level of debt that puts the company at risk of collapse" in its U.S. filings. The short seller also alleged Uxin inflates the prices of the cars it sells by as much as twice their value, which allowed it to get more cash through debt.

In addition, Stevenson-Yang said there was evidence that Uxin has been routing third-party business transactions through its software and counting them into its revenue.

The report also alleged the company's inventory was doubled on paper. After conducting interviews with auto dealers, former executives, and salespeople from competing companies, J Capital said they concurred that the car sales platform was "basically a Craigslist of autos, listing cars that are being offered on multiple websites. For free." Uxin is regarded in China as a cheat, with a number of pending lawsuits, J Capital added.

Lastly, the short seller alleged that Dai has taken out about $280 million from his company.

The report's conclusion: "Uxin is so dishonest that we would not know how to attach a valuation. We urge Uxin shareholders to race to the exits"

Uxin condemned "the publishing of false and misleading information" and said it will provide additional information upon review of the report.