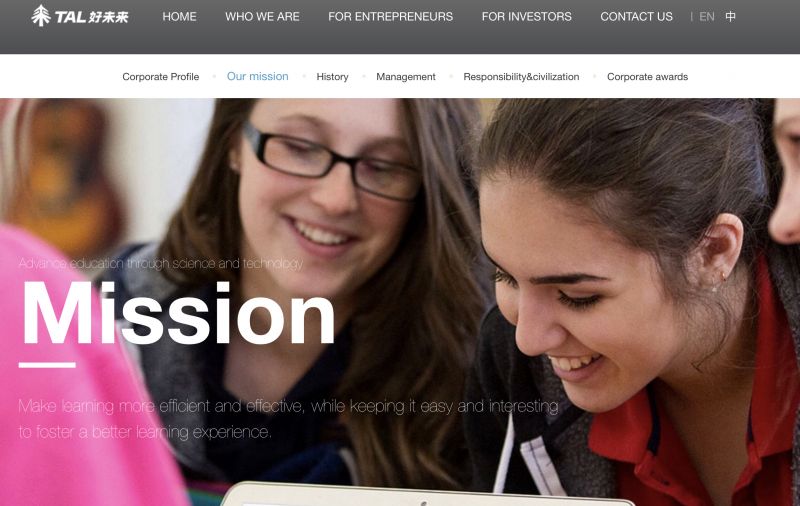 The Beijing-based company, which provides K-12 after-school tutoring, said in a statement today that its revenue in the three months through February reached $726.6 million, up 44 percent from the same time a year ago. Net income grew 43 percent to $99.6 million, or 17 cents per share.

For the twelve months through February, TAL reported revenue of $2.6 billion, at a 49 percent year-over-year increase, and income of $367.2 million, or 64 cents per share, up 85 percent.

The company said it enjoyed an influx of students in the fiscal year 2019. For the year, it reported an increase of 88 percent in enrollments to 3.5 million. TAL's school network during the period expanded to 676 centers in 56 cities, compared with 594 learning centers in 42 cities a year ago.

"Our overall education program is proceeding as planned with healthily paced growth in online business and measured capacity expansion in our learning center and geographic network," TAL's chief financial officer, Rong Luo, said in the statement.

He added that the company plans to continue investing into education technology and offer more courses to meet the growing demand from students.

"Ongoing innovations of our online and offline education programs enable us to train more students in smarter ways, in a shorter time and therefore at reduced cost, and with quality results," Luo concluded.

TAL forecast revenue of between $699.3 million and $710.3 million for the first quarter of fiscal 2020, representing an increase of between 27 and 29 percent year-over-year.

YOU MAY LIKE
Prev：TuanChe Starts Strategic Partnership With Easyhome; Shares Inch Up Next：Huami Prices Follow-on Offering Below Expectations, Stock Tumbles 11%