U.S. Trade Representative and Treasury Secretary are headed to Beijing for talks next week, while Chinese Vice Premier Liu He is scheduled to return to Washington on May 8. 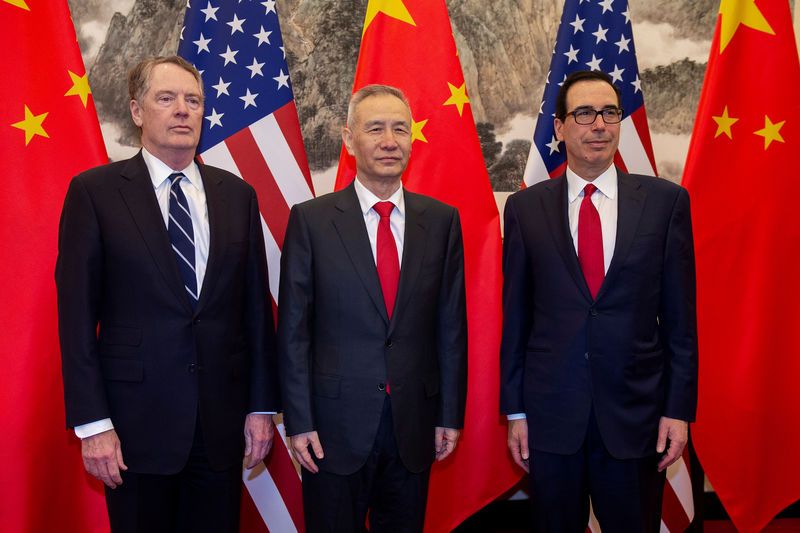 Strong U.S. economic growth and modest inflation are giving Washington leverage over Beijing in trade talks, the White House's top economic adviser said on Friday as U.S. and Chinese negotiators prepared for a new round of meetings next week.

He spoke after the Commerce Department reported that first-quarter U.S. economic growth accelerated to a 3.2 percent annualized rate, driven by a smaller trade deficit and a jump in business inventories.

U.S. Trade Representative Robert Lighthizer and Treasury Secretary Steven Mnuchin are headed to Beijing for talks starting next Wednesday, while Chinese Vice Premier Liu He is scheduled to return to Washington on May 8.

"I hope additional progress will be made; I'm cautiously optimistic about the outcome for a deal," Kudlow said of next week's talks.

"China's economy is slumping and has been slumping for quite some time," Kudlow added. "The U.S. economy, as I say, is in this prosperity cycle with no end in sight. So we believe that does give us some leverage if you will, but we believe also that China may be open to a lot of good trade reforms."

U.S. President Donald Trump on Friday repeated that China trade talks were "going very well," a day after he said that he would soon host Chinese President Xi Jinping at the White House. Trump has said he expects to finalize a deal in a meeting with Xi.

Asked about prospects for a such a meeting on Fox News Channel, Kudlow said Trump would like to meet Xi and close a deal if it is "a great one for America. ... We're not there yet."

The world's two largest economies have been locked in a tariff war for nearly 10 months, levying hundreds of billions of dollars in duties on each other's goods, and are trying to negotiate a way out.

The United States is demanding that China make major changes to its economic policies to better protect American intellectual property and end cyber theft of trade secrets and policies that force U.S. companies to turn over technology to Chinese firms.

China is seeking the removal of U.S. tariffs on some $250 billion worth of Chinese goods imposed by Trump.

YOU MAY LIKE
Prev：U.S. Accuses Pair of Stealing Secrets, Spying on GE to Aid China Next：Sogou Reports Loss in Quarter Despite Higher Usage and Revenue