Sogou Reports Loss in Quarter Despite Higher Usage and Revenue

After jumping above $6 per share in early trading today, Sogou was up only slightly in the afternoon in New York, changing hands at $5.53 per share, up 6 cents. 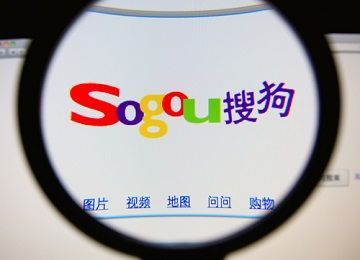 Sogou Inc. (NYSE: SOGO), a leading internet search provider in China, said today its first quarter revenue climbed a slight 2 percent to $252.7 million while it slid into the red for the three months.

The Beijing-based company, which saw a significant jump in mobile daily average users (DAUs) for the quarter, said its loss attributable to the company was $3.86 million, or 1 cent per fully diluted American depositary share. The result was in contrast to income of $15.3 million, or 4 cents, a year earlier.

After jumping above $6 per share in early trading today, Sogou was up only slightly in the afternoon in New York, changing hands at $5.53 per share, up 6 cents.

While revenue and DAUs were up in the period ended March 31, the cost of revenue outstripped the increases. The company said its traffic acquisition cost grew 28 percent year-over-year to $143.1 million, caused primarily by what it called "price inflation." Operating expenses remained flat.

At the same time, the number of DAUs of its mobile keyboard surged 23 percent compared with a year earlier to 443 million users. The company voice app, the largest in China, reported 600 million daily voice requests.

Overall, search and search-related revenue, which accounted for 93 percent of the total, rose 6 percent year-over-year.

"Better-than-expected performance of our core search business enabled us to exceed the top end of our revenue guidance in the first quarter of 2019," said Joe Zhou, the company's chief financial officer. "During the quarter, we continued to accelerate the growth of our organic traffic and implemented initiatives that improved the monetization of our search platform."