Net income for the period slid 23 percent, however, last year’s results included a gain of $98 million from the purchase of Wuxi KFC. 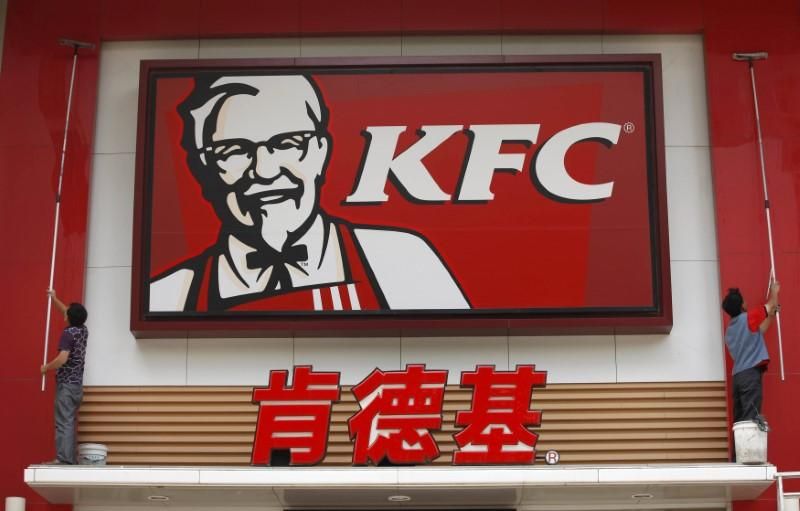 Net income for the period slid 23 percent, however, to $222 million, or 57 cents per fully diluted share, from $288 million, or 72 cents per share. Last year's results included a gain of $98 million from the purchase of Wuxi KFC.

"We are pleased to report a very strong start to 2019 as we delivered a 9% increase in system sales in constant currency in the first quarter, our tenth consecutive quarter of system sales growth since the spin-off," said Joey Wat, CEO of Yum China. "This resilient growth was driven by another robust quarter at KFC, which successfully lapped three strong first quarters between 2016 and 2018, and a very encouraging quarter at Pizza Hut. Pizza Hut delivered positive same-store sales growth and a significant improvement in profitability in the first quarter, while continuing to make strategic investments in value offerings and multiple other initiatives to drive the ongoing revitalization of the brand."

The company said that during the first quarter, it purchased about 1.7 million shares of Yum China common stock for $64.7 million at an average price of $37.90 per share.

Yum China closed today at $44.75 per share in New York before the release of earnings. It was trading up $1.25, or nearly 3 percent, in after-hours trading late Monday.

YOU MAY LIKE
Prev：Sohu Reports First Quarter Results and Special Dividend, Stock Up 20% Next：U.S.-China Trade Talks Will Likely Conclude in Next Two Weeks