U.S.-China Trade Talks Will Likely Conclude in Next Two Weeks

"I think you will know, one way or the other, in the next couple of weeks." 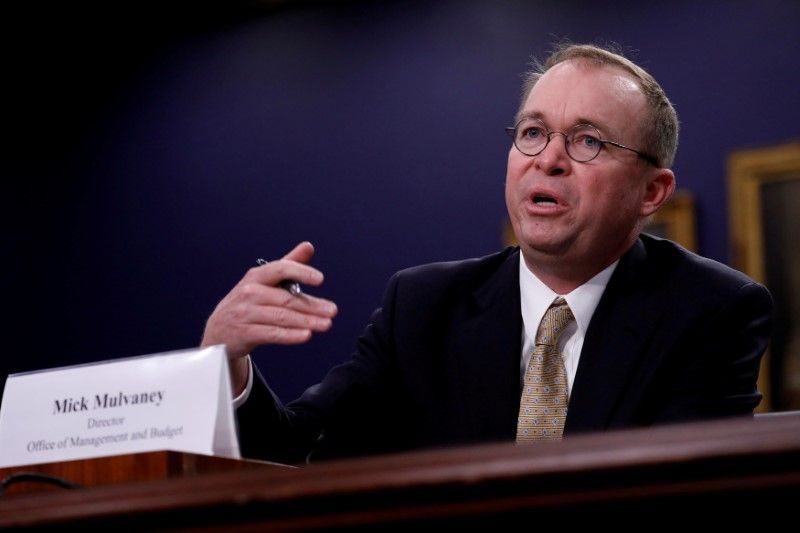 BEVERLY HILLS, Calif. (Reuters) - Talks between the United States and China aimed at resolving their trade dispute will likely be resolved "one way or the other" in the next two weeks, White House chief of staff Mick Mulvaney said on Tuesday.

"It won't go on forever. I think, at some point, in any negotiation you realize we're close to getting something done so we're going to keep going," Mulvaney said at the Milken Institute Global Conference. "On the other hand, at some point, you can think this is not going to get anywhere. I think you will know, one way or the other, in the next couple of weeks."

Mulvaney spoke only days after data came out showing that the United States economy grew a stronger than expected 3.2 percent during the first three months of the year and said that strong growth is going to help support President Donald Trump as he prepares for the 2020 election.

"We think the economy has been good for everyone," Mulvaney said. "We can ride that to the 2020 election. People know what is good for them."

He said the White House plans to make strong economic growth, at a time the expansion is well into its 10th year, healthcare and trade into key topics for the campaign. He also said Trump, a Republican, will benefit from the fact that Democrats have more than a dozen candidates running for president and "we have weak competitors."

Mulvaney currently is acting chief of staff but he said he expects to keep the job permanently and that he has improved morale in the White House since replacing John Kelly in the job in January.

He said he does not expect a lot of change in top administration positions before the election. The Trump administration has had an especially high rate of turnover with his homeland security secretary being among the most recent to leave.