The Shanghai-based education provider announced a share buyback plan for the next 12 months under which it intends to repurchase up to $50 million in ADSs. 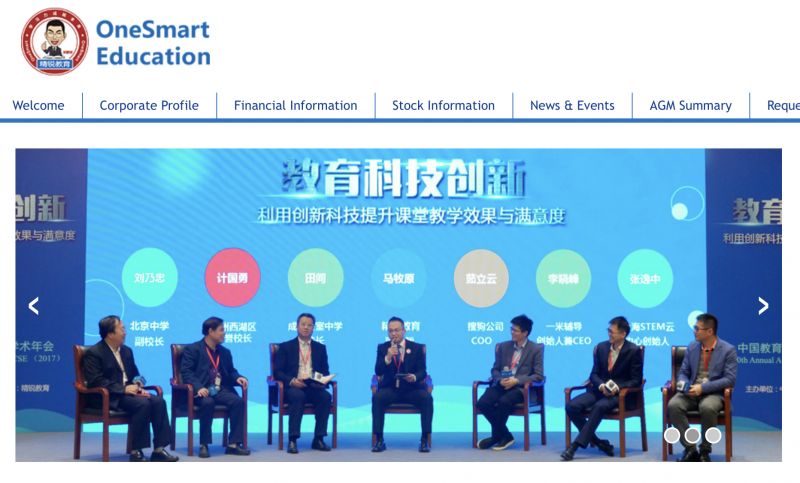 Shares in OneSmart International Education Group Ltd. (NYSE: ONE) were trading down 1 percent Tuesday afternoon, at $8.64 apiece, after the company said its income in the second fiscal quarter declined, though revenue increased.

The Shanghai-based provider of K-12 after-school education said in a statement today that its revenue in the three months through February grew 42 percent year-over-year to $140.9 million, thanks to increased student enrollment in its VIP, HappyMath, and FastTrack English programs.

Investors were disappointed, however, after OneSmart said its net income in the second fiscal quarter was $9.7 million, a 16 percent decline from the same time a year ago. The company partly attributed the decrease to interest expense incurred from its bank loans.

Steve Xi Zhang, the chairman and chief executive officer of OneSmart, said he expects the company to continue to grow together with the growing education market in China. He added that the company seeks to expand geographically.

OneSmart said it had 52 percent more students enrolled in its programs on average than a year ago during the second quarter. It added 34 learning centers during the period to the total of 401 as of Feb. 28, according to the report.

Looking ahead, the company said it expects to generate revenue in the range of $597.8 million to $620.2 million in the fiscal year 2019, representing an increase of between 40 and 45 percent year-over-year.