The company reported higher losses and a slight revenue decrease for the first quarter. 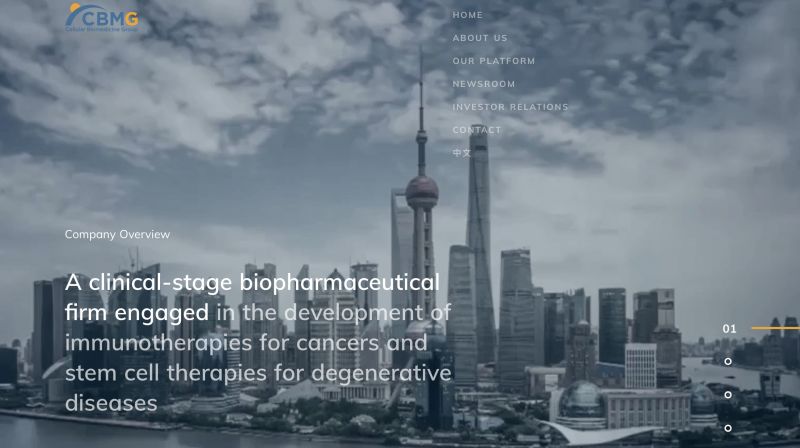 The stock of Cellular Biomedicine Group Inc. (Nasdaq: CBMG) dipped more than 2 percent by noon Wednesday, to $16.85 per American depositary share, after the company reported increased losses for the first quarter of 2019.

The biopharma company, headquartered in New York and Shanghai, said in a statement Tuesday after markets closed that in the three months through March it had net sales of $49,000, down 3 percent from a year ago.

"Early in 2019, we achieved the first of many milestones anticipated for this year in support of our immuno-oncology platform, as we initiated patient recruitment for our Phase I trial of anti-BCMA CAR-T therapy targeting multiple myeloma in China," the chief executive of CBMG, Tony Liu, said in the report.

He added, "We are also on track with the technology transfer from the strategic licensing and collaboration agreement that we signed during the 2018 third quarter with a global leader in CAR-T cell therapy for patients in China."

Liu noted a number of other developments that the company has made during the first quarter, including making progress with its stem cell drug application.

CBMG's research and development expenses grew 13 percent in the first quarter, to $6 million, as it expanded its pipeline in liquid tumor and solid tumor development, according to the report.

Liu concluded, "Our broad clinical development programs and investments into our in-house research, manufacturing capabilities and our CMC platform remain a key part of our strategy to realize the potential of CAR-T cell therapies for patients suffering from various cancers."

YOU MAY LIKE
Prev：China Ceramics Stock Tanks 15% on Weak Earnings; Says Challenges Will Persist in 2019 Next：Zai Lab Seeks Follow-On Offering of $133 Million Ahead of Potential Launch