The Chinese company, which completed its initial public offering on the Nasdaq Thursday, distributes content and facilitates sales in the plastic surgery market. 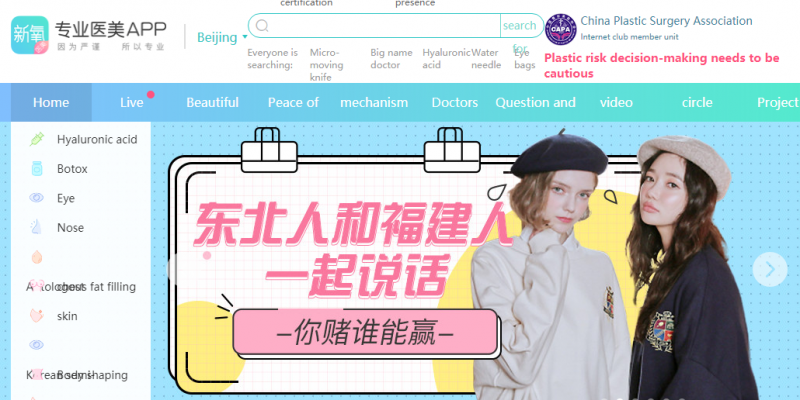 So-Young International Inc. (Nasdaq: SY) ended its debut day up 32 percent on Wall Street and with $179.4 million in proceeds from its initial public offering.

The company offered 13 million American depositary shares at $13.80 apiece, the high end of the expected range. In the first hours of trading, its stock soared as high as 45 percent, then leveled off to close at $18.20 per share, up $4.40. 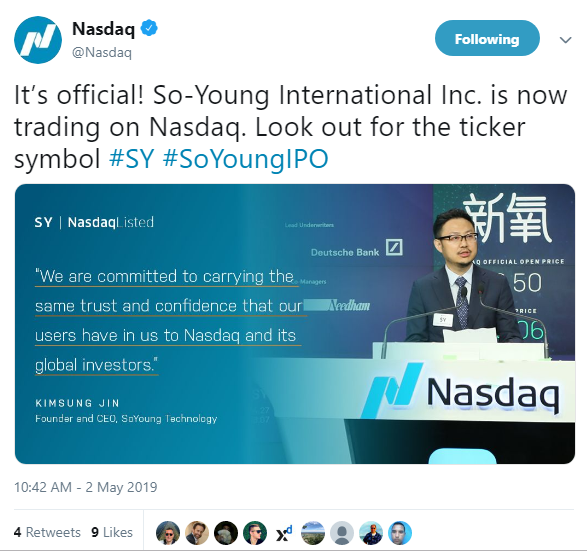 So-Young initially sought to raise up to $150 million in its New York IPO but raised the target in late April.

The platform gets more than 240 million average monthly views and accounted for 84 percent of daily user time spent on online medical aesthetic service apps last year, its report said. It has facilitated $306.6 million worth of transactions in 2018. Revenue last year reached $89.8 million, up 138 percent from 2017. Its net income was $8 million last year, So-Young reported.

So-Young said in its filings that it intends to invest the proceeds of the IPO in technology, brand promotion, user acquisition, and business expansion, as well as to enhance the content on its platform.

The stock of So-Young, which debuted Thursday on the Nasdaq, soared as high as 45 percent early,