U.S. Vice President told CNBC in an interview on Friday that Trump "remains very hopeful" about reaching a trade deal with China. 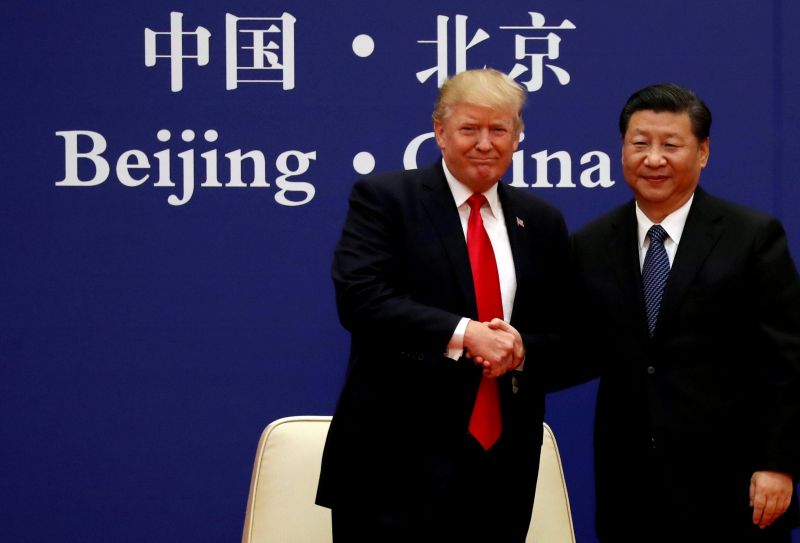 U.S. Vice President Mike Pence said on Friday that President Donald Trump would "stand firm" on his demands for structural changes to China's trade practices, and removal of U.S. tariffs on Chinese goods would be a part of a mechanism to enforce any deal with Beijing.

Pence told CNBC television in an interview aired on Friday that Trump "remains very hopeful" about reaching a trade deal with China in talks next week in Washington.

Chinese Vice Premier Liu He will travel to Washington for talks starting on Wednesday after a round of talks this week in Beijing that Treasury Secretary Steven Mnuchin called "productive."

Industry representatives say they believe the talks are in the endgame, and Mnuchin has said he hopes that by the end of next week the U.S. team is in a position to recommend a deal to Trump or tell him that one could not be reached.

Asked whether a deal would leave some of the U.S. tariffs on $250 billion worth of Chinese goods in place, Pence said: "The president's two favorite words are 'We'll see.'"

"The president believes we're in a very strong position, we could put more tariffs on if we're not able to reach an agreement. The manner in which tariffs would come off is going to be a part of the enforcement mechanism and all of that is the subject of negotiations as we talk," Pence said.

The administration has been insisting on a mechanism to ensure that China follows through on any reform promises and commitments to purchase more American goods. Administration officials have said both sides are expected to launch new enforcement staffs to police the agreement.

People familiar with the talks have said they expect some of the tariffs to remain in place and be removed as China meets certain implementation benchmarks. Pence's comments appear to agree with that theory.

Pence also told CNBC that Trump has made it clear to Chinese President Xi Jinping the United States must see structural change to China's practices on intellectual property protection and those that coerce U.S. companies to transfer technology to Chinese firms.

"Forced technology transfers, intellectual property theft are a reality. President Trump has made it clear that things have to change with China on the structural issues as well as the trade imbalance and we'll continue to stand firm on those," Pence said.

White House economic adviser Larry Kudlow told reporters later the United States was not softening its stance on any of its demands of China in the talks.