Shares in the state-owned telecoms company dipped lower in trading Thursday, though the ban was no surprise amid the U.S. campaign to limit the role of Chinese telecommunications firms. 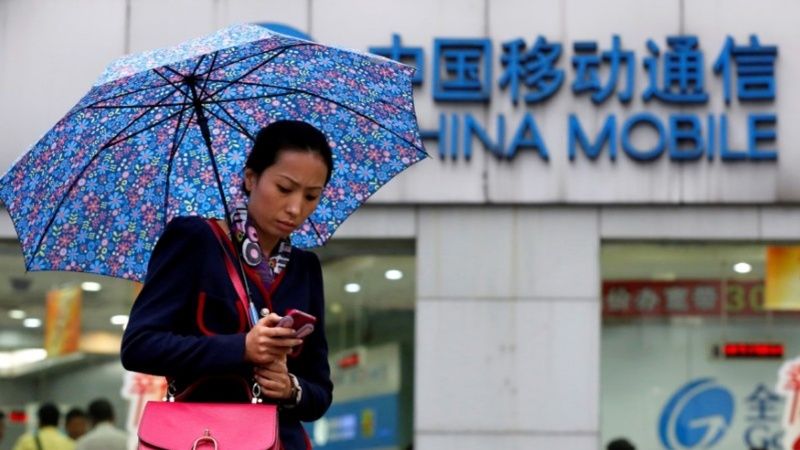 The stock of China Mobile Ltd. (NYSE: CHL) was trading at $46.49 per share Thursday afternoon in New York, down 7 cents, on news that its bid for taking a share of the U.S. telecom market has been blocked.

The Federal Communications Commission voted unanimously today to deny the state-owned China Mobile its bid to provide interconnection services for phone calls between the United States and other countries.

The company first applied for U.S. approval as far back as 2011.

The commission is also reviewing similar approvals held by two other Chinese telecom firms. FCC Commissioner Brendan Carr said the United States should also take "additional action" and investigate whether to revoke similar prior approvals for other Chinese-owned carriers, including China Unicom and China Telecom Corp., to operate in the United States.

The FCC cited reports that "China Telecom has been hijacking U.S. traffic and redirecting it through China," Carr noted.

The vote came amid a broader U.S. campaign to limit the role of Chinese telecommunications firms in the build-out of 5G networks as Western governments grapple with the national security implications of moving to 5G, which promises to be at least 100 times faster than the current 4G networks.

(Reuters contributed to this story)