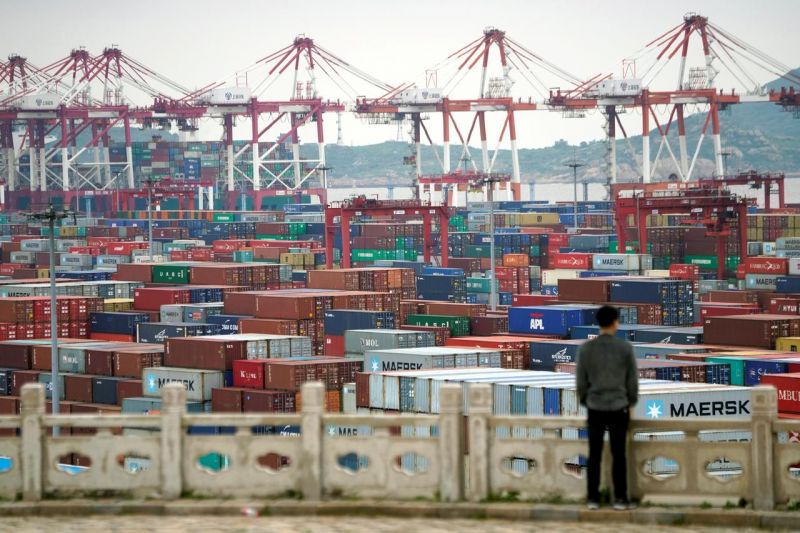 BEIJING (Reuters) - China said on Monday it would impose higher tariffs on most U.S. imports on a revised $60 billion target list, hitting back at a tariff hike by Washington on $200 billion of Chinese goods in a further escalation of a bitter trade war.

The retaliation comes as U.S. President Donald Trump signals his intent to slap tariffs on all Chinese imports if Beijing does not give in, suggesting a prolonged standoff between the world's two largest economies that could roil global markets for weeks or months to come.

A total of 5,140 U.S. products will be subject to additional tariffs of 5, 10, 20, and 25 percent starting June 1, the finance ministry in Beijing said in a statement.

The escalation, from rates of 5 and 10 percent, was announced hours after Trump warned China not to retaliate against the latest U.S. tariffs hike.

The additional tariff of 25 percent will be levied against 2,500 goods including liquefied natural gas, soy oil, peanut oil, petrochemicals, frozen vegetables, and cosmetics, the ministry said, and of 20 percent on 1,100 products.

Beijing had set additional rates of 5 and 10 percent on 5,200 U.S. products worth $60 billion in September, in response to the U.S.'s initial 10 percent duty on the $200 billion worth of Chinese goods, and warned at the time that it would counter any higher tariffs imposed by Washington.

"China's adjustment on additional tariffs is a response to U.S. unilateralism and protectionism," the ministry said. "China hopes the U.S. will get back to the right track of bilateral trade and economic consultations and meet with China halfway."

The United States on Friday activated a new 25 percent duty on more than 5,700 categories of products from China, even as top Chinese and U.S. negotiators resumed trade talks in Washington.

Trump had ordered the new tariffs, saying China "broke the deal" by reneging on earlier commitments made during months of negotiations. China has denied the allegations.

China's revised target list on Monday still left out products such as crude oil and large aircraft. The finance ministry said in a separate statement that firms can seek remedies from the additional tariffs by applying for waivers.

YOU MAY LIKE
Prev：China Steps Up Oversight of Firms to Strengthen Market Development Next：Trump to Meet Xi After Defiant China Slaps U.S. With New Tariffs