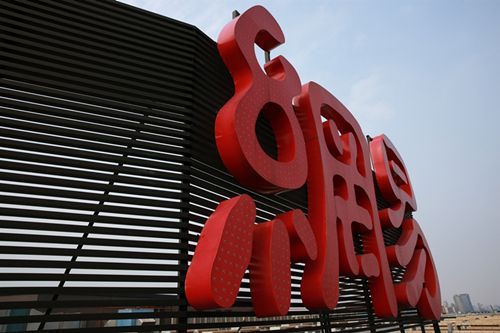 NetEase Inc. (Nasdaq: NTES) said its income in the first quarter has more than tripled from the previous year, seeing its stock rise nearly 7 percent intraday, to $280.01 per American depositary share.

The Chinese online game services provider reported that its revenue reached $2.7 billion for the first three months through March, up 30 percent year-over-year. Net income was at $354.9 million, or $2.75 per ADS, with a significant increase of 217 percent that topped Wall Street estimates.

"We are pleased to begin the year with a strong quarter," William Ding, the chief executive officer and director of NetEase, said in a statement after markets closed Wednesday. "Our heightened emphasis on online games, e-commerce, advertising, online education and music allows us to sharpen our focus on areas where we see the most potential for sustainable, long-term growth," he added.

"After a few years of hard work, the NetEase brand is now widely recognized in not only MMORPG, but also in a broad range of non-MMORPG categories, both in China and internationally," Ding commented.

The company has extended its partnership with Blizzard Entertainment in January and bought a minority stake in French video studio Quantic Dream S.A. in the same month. "We also made further progress on international fronts, with Night Falls: Survival and Cyber Hunter making strong debuts in Japan," Ding said.

Key players in China's gaming industry like NetEase and Tencent Holdings Ltd. (HKEX: 0700) recently faced challenges with getting approvals for video game releases, issued by China's State Administration of Press, Publication, Radio, Film, and Television. Regulators in China tightened their grip as a response to the country's worsening rates of myopia, or near-sightedness in 2018, but resumed the approval process in April, viewed as a green light to game developers.

NetEase said it plans to pay a dividend of 69 cents per ADS for the first quarter of 2019, to be paid on June 7 to shareholders of record as of May 31. The preceding dividend payout of 48 cents per share occurred on March 15.

YOU MAY LIKE
Prev：ZTO Trades 5% Higher on Quarterly Results Next：Shares in Pharma Retailer 111 Inc. Inch Up 2% After Earnings