The rival to Starbucks in China, expected to float under the symbol “LK” on the Nasdaq, has priced its shares at $17 apiece. The IPO is one of the largest this year in the United States. 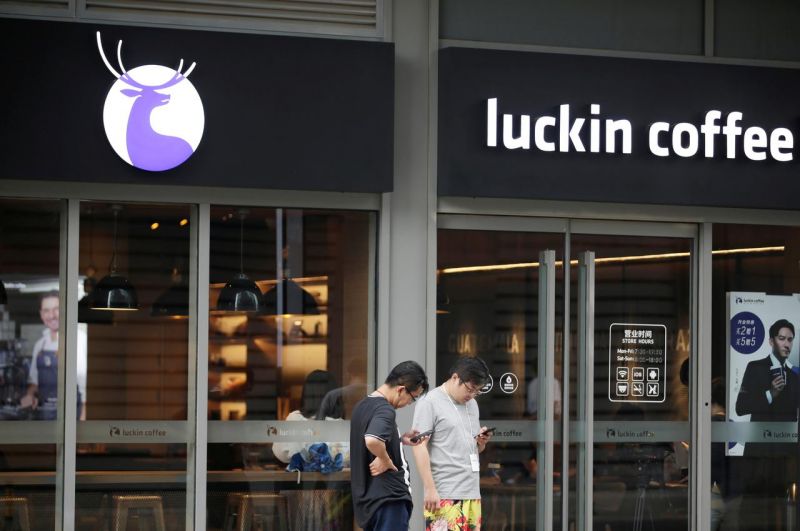 Luckin Coffee Inc., in the race to outnumber Starbucks Corp. (Nasdaq: SBUX) in China, is set to lift off in New York trading Friday in an upsized initial public offering.

The Xiamen-based company sold 33 million American depositary shares at $17 apiece, the higher end of the expected range of $15 to $17. The proceeds of $561 million by far exceed the $300 million Luckin targeted in an earlier filing with the U.S. Securities and Exchange Commission.

The listing values the coffee company at more than $3.9 billion, according to a Bloomberg report. The IPO is one of the largest this year in the United States.

According to Luckin's filings, the company has raised an additional $50 million through a private placement with Louis Dreyfus Co.

The company has expanded at breakneck speed, aiming to gain a larger chunk of China's coffee on-the-go market. Launched in June 2017, it now operates 2,370 locations in 28 cities. By the end of this year, Luckin seeks to outnumber Starbucks in China.

Its goal has weighed on the financials. In the first quarter, Luckin generated $71 million and lost $82 million. For last year, it reported a net loss of $241 million and revenue of $125 million.

Luckin is expected to float on the Nasdaq Global Select Market under the ticker "LK."