COMMENTARY: Trump Leaves No Room for End to Trade War

President’s bombast about the supposed benefit of tariffs and insistence on a ‘great deal’ or no deal with China means an agreement isn’t going to happen, and higher prices are coming. 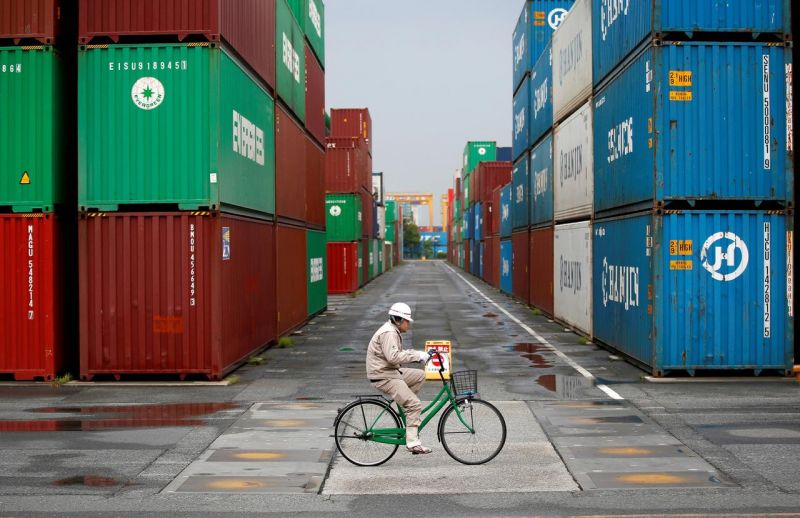 The rapidly escalating U.S.-China trade war is already biting a number of companies and industries, and there's good reason to think it will only get dramatically worse because President Trump and Chinese leaders do not see eye to eye on the fundamental issues in dispute.

That's why talks collapsed suddenly last week after many thought a deal was at hand. Nothing is on the horizon to change this disconnect.

As it often does in its international relations, China preaches a win-win in its trade negotiations – something economists say globalism is all about. But Trump is spoiling for a win-lose deal because he sees trade as a zero-sum game despite decades of proof that it isn't.

Trump also has failed to leave Chinese President Xi Jinping a graceful, face-saving way to accept a tough deal by repeatedly proclaiming he will accept only an agreement that is "great" for the U.S. This after years of rhetoric about how China has "raped" and "ripped off" the U.S. on trade.

"This must be a great deal for the United States or it just doesn't make any sense," Trump tweeted on Tuesday.

What the American side is demanding amounts to an end to many of China's industrial policies and its ambition to lead the world in key technologies. Further, Team Trump insists they be inscribed into Chinese law, enacted by the National People's Congress.

For Xi and his top economic officials, this is a non-starter. The gap turns out to be as wide as the Pacific Ocean that separates the world's two largest economies. Despite Trump's calm, professed optimism that a pact still can be reached, it seems highly unlikely anytime during his administration.

Trump's trade team has enacted increased tariffs on $200 billion worth of China's imports and threatens to tax the remaining $300 billion, also at 25 percent. China has retaliated and is pushing back by hiking taxes on $60 billion of imports from the U.S.

What all of this guarantees is that pain – much more pain – is on the way. Already, some sectors are reeling from the more limited tariffs put into effect last year. In the six months through March of this year, American exports to China fell 26 percent to $18.4 billion over the comparable period a year earlier, the Washington Post reported Thursday. Imports from China also declined.

The lost U.S. sales, the Post noted, came from farmers, fisheries, carmakers, oil companies, and others facing tariffs, with many of those ending a years-long trend of increasing sales. The government projects that a soybean glut caused by an 80 percent export decline will last into 2020.

The Trump administration wants to compensate farmers $15 billion for lost revenues from tariffs on soybeans and other agriculture products that China imposed in retaliation for U.S. tariffs last year. But the government can't simply provide subsidies for injured companies, because the losses are going to mount steadily as more tariffs are imposed across an array of sectors.

"We have mitigation strategies that have been in place for months," Walmart CFO Brett Briggs told Wall Street analysts during an earnings call Thursday. "But increased tariffs will increase prices for customers."

Macy's CEO Jeffrey Gennette said Wednesday that his firm had "not contemplated" tariffs on an additional $300 billion in Chinese imports when it provided its last earnings guidance.

If that happens, he said, "that will have an impact on both our private and our national brands."

Taxing all of China's imports at that level would have a profound effect on American consumers, as they would involve common household products ranging from shoes and clothing to furniture, appliances and other home goods.

Tariffs would hit finished technology products such as smartphones, smartwatches and videogame consoles, and the new, higher Chinese tariffs on American goods will affect many components that go into these kinds of products, such as semiconductor packaging materials and displays, the Post noted.

It said Sweden-based telecom-gear maker Ericsson (Nasdaq: ERIC) is shifting some manufacturing out of China to facilities in the U.S., Estonia, Brazil, and Mexico, while Taiwan-based AsusTek Computer (TW: 2537) said last week it has been moving some production bases to Taiwan and Vietnam from China to fight off a U.S. tariff increase on motherboards and graphic cards.

Questions surround Apple (Nasdaq: AAPL), which is already losing sales in China and now is being hit with tariffs there. But perhaps the bigger problem for the world's most valuable company is that its iconic iPhones are made in China and, unless exempted, face serious price increases in the U.S. if hit by a 25 percent tariff.

Apple has not said whether it is considering moving any of its production out of China, but it is much harder and slower to shift assembly lines on advanced technology products.

Trump's repeated tweets and statements about how China is paying the tariffs and that they are good for America are false, misleading and in stark contrast to what the retailers and economists are saying.

He consistently misstates the very essence of how tariffs work when he claims that China is paying them to the U.S. Treasury. Importers pay the tax, and they pass those costs on to consumers or absorb them. China does not pay.

Trump also seems to be oblivious to the harm that tariffs cause. He thinks Americans will turn to American-made goods when Chinese imports become more expensive. In some cases that may happen, but his premise ignores the fact that U.S. factories have largely forsaken manufacturing of many of the cheaper items China makes, and also fails to recognize that consumers may simply stop buying them altogether.

A slowdown in consumer spending, which accounts for more than two-thirds of American GDP, could be a precursor to a recession – not the outcome that Trump continually crows about.