The stock of the company, which provides English language training in China, closed down 2 percent Friday on lower-than-expected revenue.

The stock of Rise Education Cayman Ltd (Nasdaq: REDU) closed down 2 percent Friday, at $9.28 per American depositary share, despite posting improved financials for the first quarter.

The Beijing-based company, which provides junior English language training (ELT) in China, said in a statement Thursday evening that its revenue in the three months through March reached $49.9 million. Despite a 24 percent year-over-year improvement, that was still below analysts' expectations.

Net income, the company said, was $5.4 million, or 10 cents per share, up nearly 2 percent from the same period a year ago. 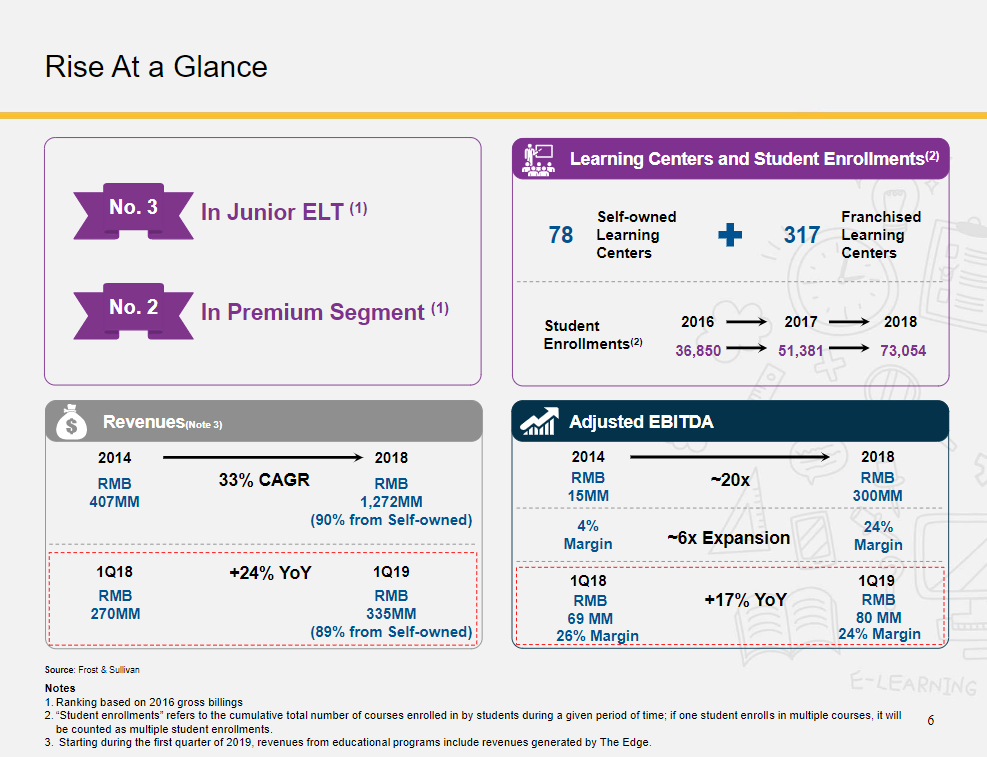 The chief operating officer and chief financial officer of Rise Education, Jiandong Lu, said in the report that the company will continue to invest in selling and marketing in a controlled and targeted manner to attract new students and strengthen word-of-mouth referrals.

"We maintained the pace of our planned capacity expansion which is key to driving long-term sustainable growth, by opening 2 self-owned learning centers and 13 franchised centers during the quarter." Yiding Sun, chief executive officer of Rise, said, "Our goal for 2019 is to leverage our investments in content development, teacher training, and technology to improve our product offerings and enhance business operations."