The central bank said last week it will ensure that the currency does not breach the 7 per dollar level in the immediate term. 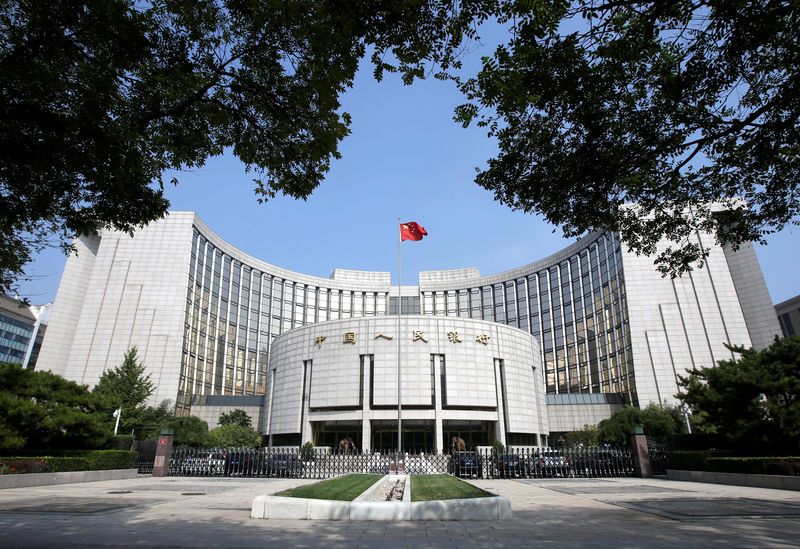 HONG KONG/SHANGHAI (Reuters) - China's central bank said on Tuesday it will issue yuan-denominated bills in Hong Kong in the near future, in a move analysts said was designed to tighten offshore liquidity to stabilise the weakening currency.

The announcement came after the People's Bank of China sold 20 billion yuan ($2.90 billion) of bills in Hong Kong last week. The central bank had tapped the market every three months with the same deal size and structure since November.

The expected "off-cycle" issuance "is a clear indication that the PBOC wants to defend 7" per dollar handle, said one Hong Kong-based trader with a global asset manager.

The yuan has weakened almost 3 percent this month after the United States hiked tariffs on Chinese goods. The central bank said last week it will ensure that the currency does not breach the 7 per dollar level in the immediate term.

By soaking up yuan funds in Hong Kong, PBOC's bills could increase interest rates in the offshore yuan market, making it more expensive for speculators to bet on a weakening yuan.

The PBOC did not provide details on how much it plans to sell or the tenors of the bills in Tuesday's statement.

Issuing bills that mature in less than three months, which are the shortest-dated of such yuan bills so far, "would send a stronger policy signal in support of spot (yuan)," said Ken Cheung, senior Asian FX strategist at Mizuho.

The offshore yuan rallied about 100 basis points after the announcement, and was last quoted at 6.9368 per dollar.

YOU MAY LIKE
Prev：U.S., China Bicker Over 'Extravagant Expectations' on Trade Deal Next：Special Report: Hobbling Huawei - Inside the U.S. War on China's Tech Giant