The management of the peer-to-peer lending marketplace believes the “worst is behind.” 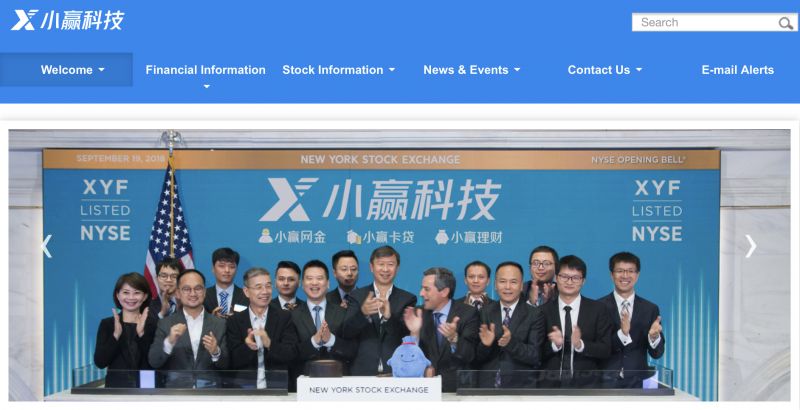 The stock of X Financial (NYSE: XYF) was trading down 2 percent Tuesday morning, at $5.21 per American depositary share, after posting lower-than-expected financial results.

The Shenzhen-based personal finance company said in a statement Monday evening that its revenue in the first quarter declined 2 percent year-over-year to $115.7 million, below analysts' estimates.

Quarterly profit offset the disappointment. X Financial reported a 50 percent increase in income to $31.8 million, or 20 cents per ADS.

The company said it has facilitated 1.5 million loans in an aggregate amount of 9.6 billion yuan during the three months through March. While the number of loans doubled year-over-year, the loan facilitation amount increased 10 percent.

X Financial said its had 745,000 active borrowers using its platform in the first quarter, up 26 percent from the same period a year ago. Active individual investors increased by 29 percent to 96,700.

The founder, chairman, and chief executive officer of X Financial, Justin Tang, said in the statement that the worst is behind for the lending marketplaces.

"Investor sentiment is gradually improving as the market recovers and new regulations take hold and force financially weaker and fraudulent firms to shut down," he said.

Tang commented on the regulatory changes that took place this year in China.

"Regulators issued the Opinion on Classified Disposal and Risk Prevention of Online Credit Institutions, also referred to as Document No. 175, earlier this year which has forced out many market participants leaving only the strongest and most compliant standing," Tang said. "A well-regulated industry will provide significant future growth opportunities and generate strong borrower demand for these remaining platforms. The implementation of these new measures across our business remains on track and will significantly strengthen our overall risk controls and ability to identify prime customers and provide best-in-class personal financing solutions."

Tang added that X Financial will continue to invest in the development of new products. He said its new revolving credit product, Xiaoying Wallet, and newly launched Xiaoying Online Mall are "performing well."

The president of X Financial, Simon Cheng, added, "Our compliant operations and strong risk management infrastructure are allowing us to increasingly benefit from market consolidation and the enormous opportunities present in China's personal finance industry."

Looking ahead, the company said it expects to facilitate loans in the amount of 9.5 billion yuan in the second quarter.

X Financial rang the opening bell at the New York Stock Exchange in September, raising $104.5 million in its IPO.