GreenTree Hospitality has produced mostly growing results since its IPO in 2018. Investors should examine its upcoming Q1 2019 report on May 24th for further clues on the effects of the slowing Chinese domestic economy.

The firm has developed a network of hotels in most major cities in China.

GHG was on a moderate growth trajectory which tapered off in Q4 2018. Investors should look to its Q1 report for additional clues as to the effects of China's domestic economic challenges on its growth prospects.

Shanghai, China-based GHG was founded in 2004 to provide mid-scale accommodations in the Shanghai area. The firm has since expanded its lodging concepts to virtually all levels of service and now has hotels in 263 cities in China.

Management is headed by founder, Chairman and CEO Alex Yu, who was previously founder of American Pacific Homes, a residential real estate developer in California.

GreenTree has created a large and growing network of economy- to mid-scale hotels and is the fourth largest such network in China as of January 1, 2018, as the table below indicates:

The company's geographic network map is relatively concentrated in the greater Shanghai region and surrounding regions of eastern China, as the map below illustrates: 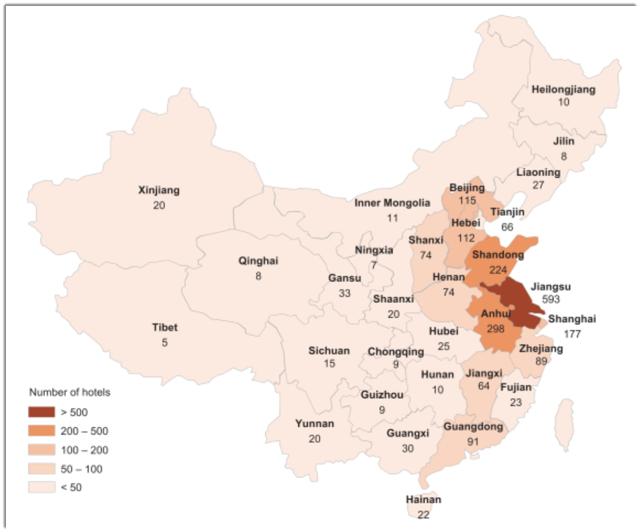 GHG sells 97 percent of its room nights primarily through direct sales channels such as its website and mobile apps and 3 percent through online travel agencies (OTAs).

By having a network of hotels at varying cost and amenity levels that appeal to a wide variety of business and pleasure travelers, GHG says it can convert a larger percentage of site visitors to paying customers.

The firm has over 820,000 corporate clients and 1.8 million individual members that it counts as direct pay customers.

According to a 2013 report by A.T. Kearny, the Chinese hotel industry is expected to experience continued dramatic growth through 2022.

Specifically, the report highlighted the strong demand for mid-scale and budget hotel segments, as the chart below shows: 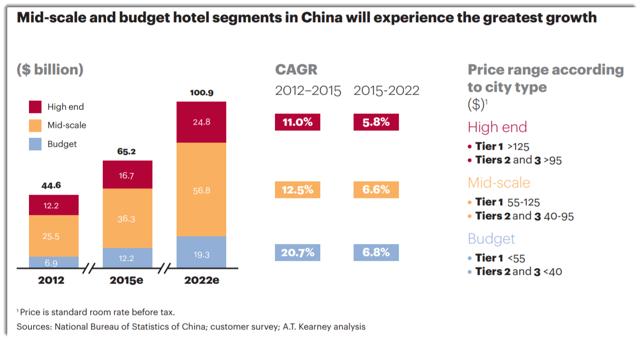 Furthermore, the report forecast that ‘there is ample room to grow and new entrants will emerge.'

Although it cited international firms such as Marriott (MAR), Starwood, InterContinental (IHG) and Accor, most of those chains tend toward the high-end segment.

The report also cited the ongoing driver for hotel growth, which is the rising middle and upper middle class within China.

Notably, it stated that the online travel agencies (OTAs) were important distribution channels for hotel operators, while GHG has grown dramatically with little use of OTAs, which can take a slice of revenue in return for referrals.

The firm has 98.9 percent of its network hotels franchised; however, it still receives a significant percentage of its revenue from its leased-and-operated hotels. By focusing on a franchise model, GHG believes it can grow faster than lesser-focused firms which divide their attention between corporate-owned and franchisees.

To-date GHG has earned its customer base without relying on OTAs, which can tend to commoditize hotels in the consumer's mind.

GHG's topline revenue by quarter has grown since its IPO in all quarters except Q4 2018, as the chart shows below: 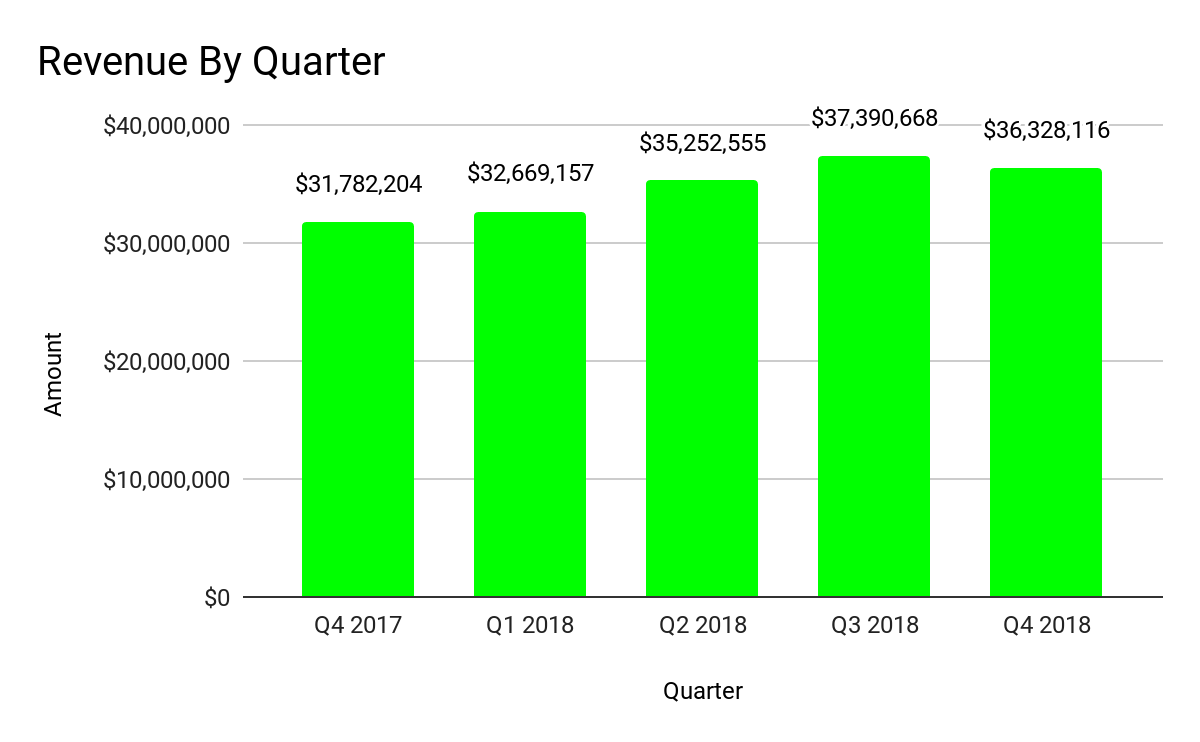 Operating income has leveled off in recent quarters and dipped slightly in Q4 2018: 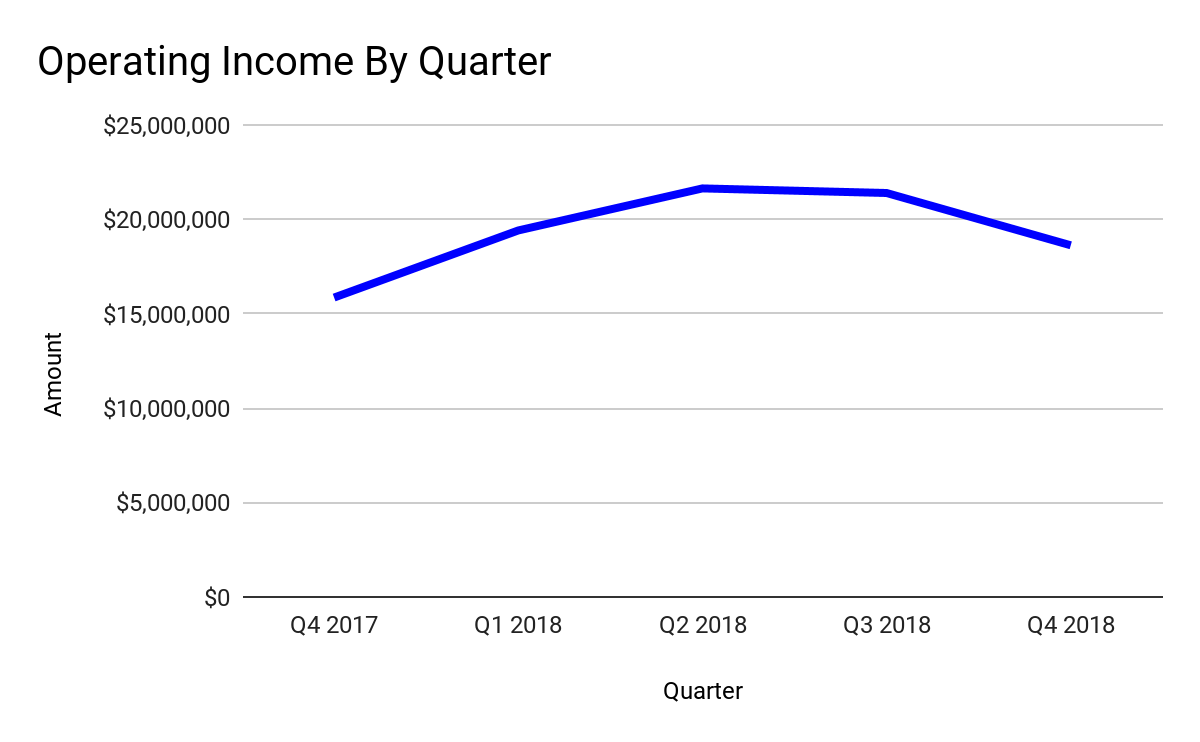 Earnings per share, which had been trending upward in the middle of 2018, dropped sharply in Q4 2018: 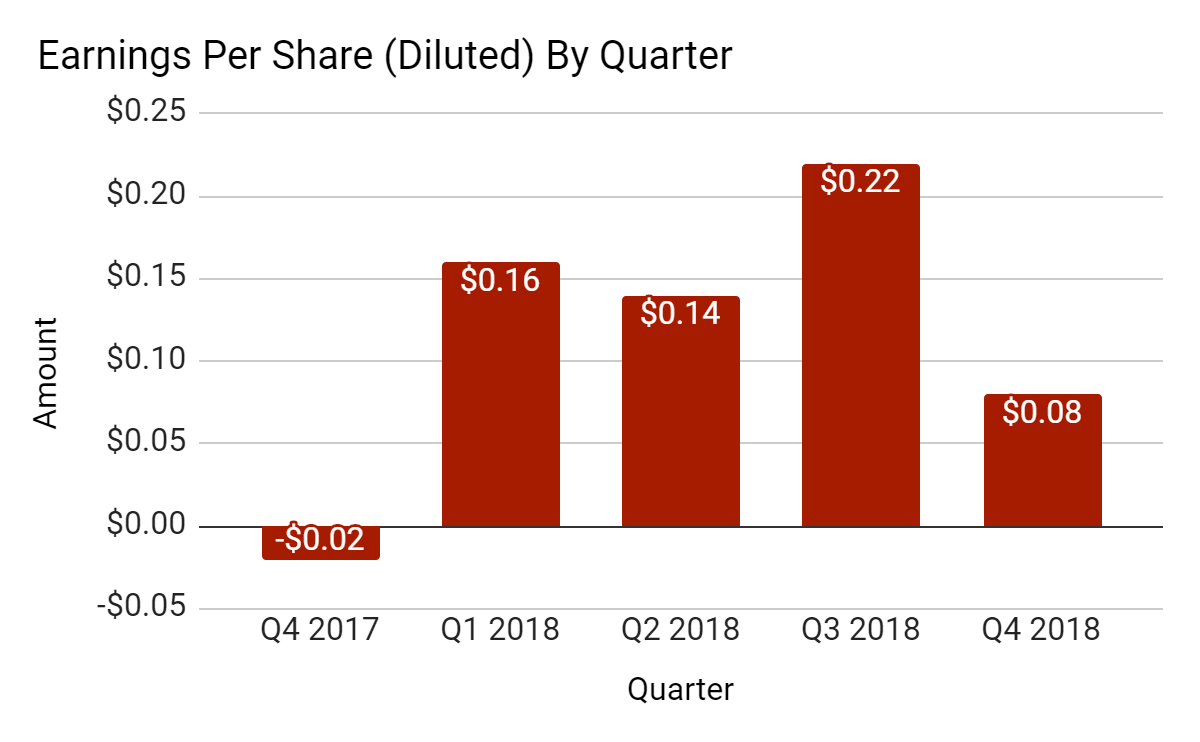 Analysis of earnings call sentiment by analysts has improved markedly from mid-2018 to present, as this linguistic analysis shows: 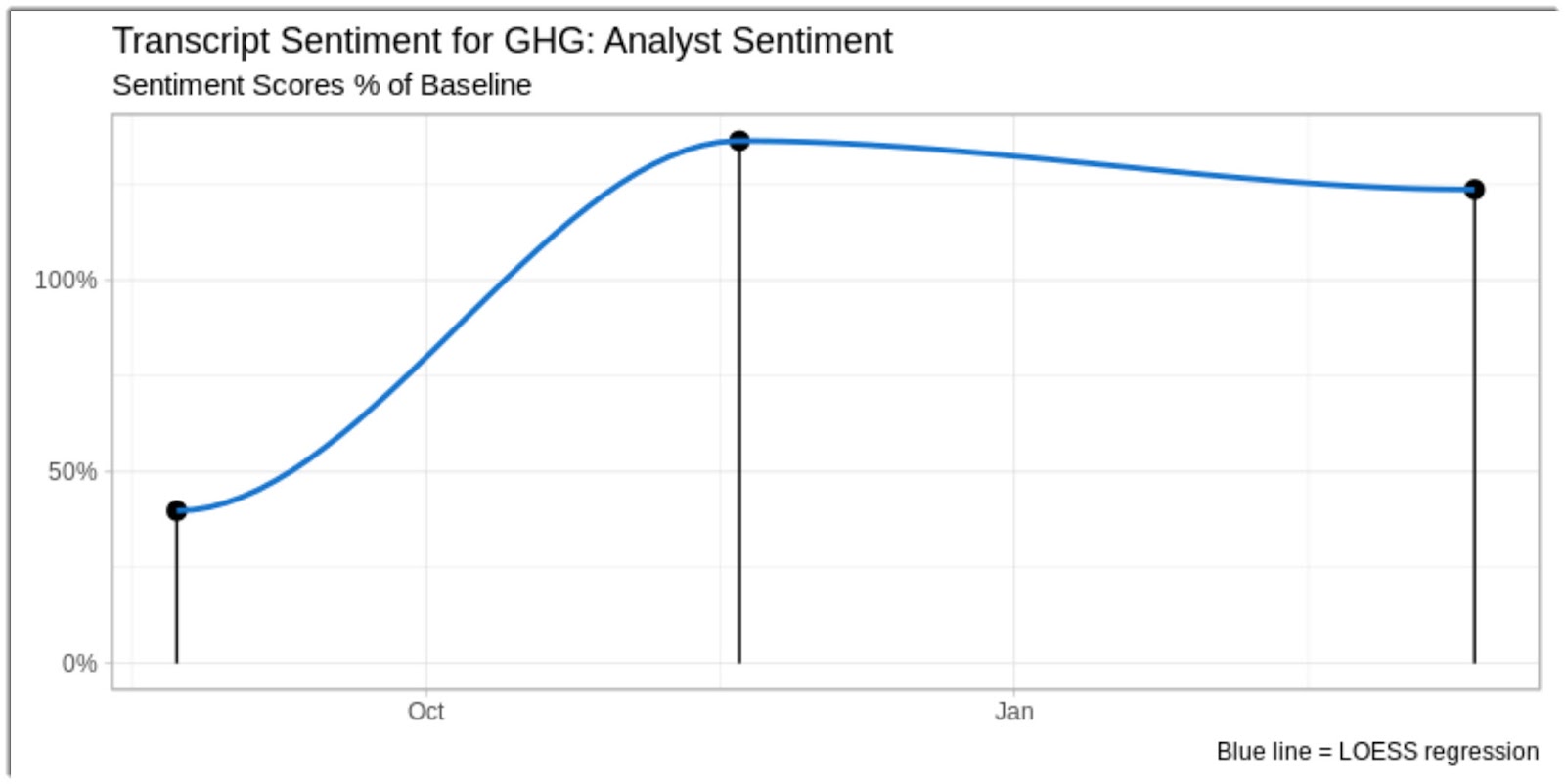 Of the numerous Chinese companies that floated share offerings on U.S. markets in 2018, Greentree's stock price has done better than most in retaining its price stability.

Despite a slowdown in China's domestic economy, Greentree's results have fared reasonably well, although Q4 2018's dip is a concern.

Management is preparing to report Q1 2019's results on May 24th, so that should provide investors with considerably more clarity about the firm's operational metrics.

My expectation is that results will continue to be dragged down by domestic economic challenges as a function of China U.S. trade frictions and the uncertainty those issues cast over consumer confidence and willingness to incur discretionary expenses, such as travel.

Once those clouds dissipate, Greentree will be well-positioned to continue its previous growth trajectory.

Interested investors should review the upcoming Q1 2019 financial report closely before considering an entry point for the stock.