Meten International Education Group becomes the latest China company to seek a U.S. listing, having filed its preliminary prospectus Wednesday and targeting an initial public offering of up to $100 million on the New York Stock Exchange.

Based in Shenzhen, Meten is the second-largest provider of English language training (ELT) in China in terms of revenue, according to third-party research by Frost & Sullivan. It also ranked first last year in the adult ELT market.

Meten said in its filing today that China's ELT market is underserved and has a "a substantial growth potential." Again citing Frost & Sullivan, it said it is expected to grow at a compound annual growth rate (CAGR) of 21 percent from 2018 to 2023, reaching a market size of 365.9 billion yuan in four years.

For 2018, Meten reported $212.2 million in revenue, up 24 percent year-over-year, noting significant growth since the inception of the online platform, Likeshuo. Net income last year reached $8 million compared with $5.8 million in 2017.

In the three months through March, Meten recorded a net loss of $6.3 million on revenue of $46.9 million. 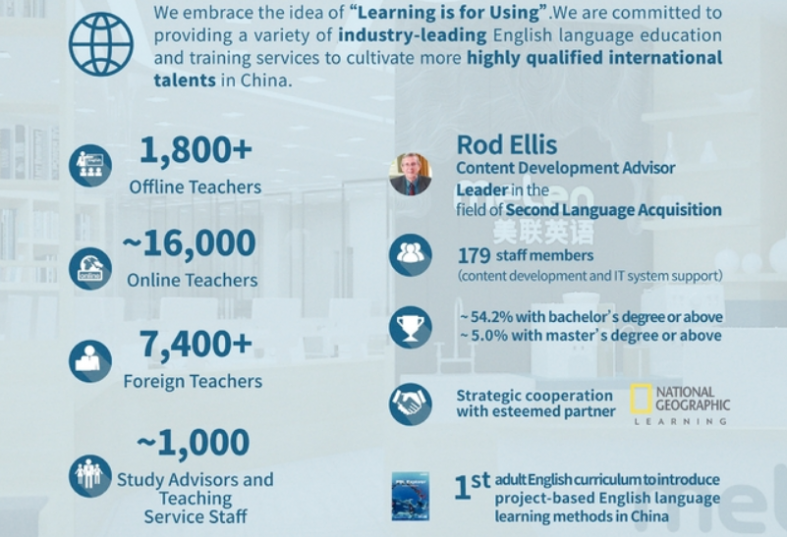 As of March 31, Meten had 120 self-operated and 16 franchised learning centers across China. Its online platform had 830,000 registered users and 160,000 paying users, cumulatively.

Meten takes pride in its brand recognition. In its prospectus, it noted receiving a number of industry awards from some of the country's top media vendors such as Sina Corp. (Nasdaq: SINA), Tencent Holdings Ltd. (HKEX: 0700), Baidu Inc. (Nasdaq: BIDU) and Qihoo 360. Last year, it participated in the "Singles Day" event, hosted by Alibaba Group Holding Ltd. (NYSE: BABA), and ranked second and third in terms of gross billings for the day among English training providers and language training service providers, respectively. 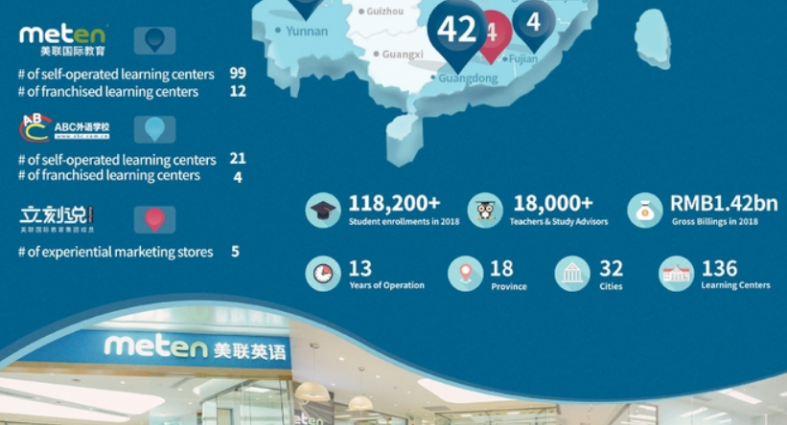 The company said it plans to use the proceeds from its IPO to acquire or invest in companies in the ELT sector in China and to expand its network of learning centers nationwide, with a focus on provincial and regional areas with high per capita income and a demand for English language resources. Meten said it also plans to invest in the further development of its online learning platform, junior English language training content and technology, marketing, and working capital.

Meten has applied to trade under the symbol "MEDU."