Leaders in Beijing dangle the withholding of rare earths, key commodities they control and which help power everything from iPhones to guided missiles. 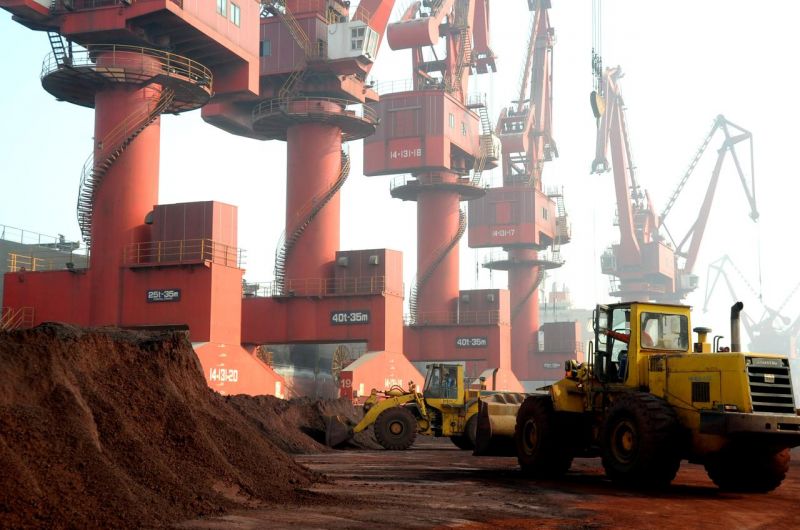 In the escalating economic war launched by the Trump administration against China, Beijing has mostly exercised patience and prudence. Until now.

But suddenly, it seems, Chinese leaders realize the severe, unyielding stance on the U.S. side is not going away, no matter how much they issue mild statements about "defending our interests." President Trump and his band of anti-China hard-liners not only are raising tariffs on hundreds of billions of dollars in Chinese imports, they are waging war on China's technological rise, making efforts all over the world to thwart Huawei, China's premier global tech company.

They are extending that battle to China's surveillance companies, reportedly readying a ban on export of American components to Chinese firms, including Hikvision (SZ: 002415) and Zhejiang Dahhua Technology (SZ: 002236), that are world leaders in the manufacture of facial-recognition and voice technology.

It appears that Beijing finally has seen enough. Continue sabotaging our technology companies and our economic rise, the government warned this week, and we will retaliate in ways that cause you pain. If one is to believe statements from the Chinese government and in state media, that retaliation – limiting or banning the export of rare earths to the United States – is on the horizon.

The National Development Reform Commission, China's central planning agency, said that while China adhered to the principles of "open, coordinated and sharing" in its development of rare earths, the domestic industry would get supply priority.

"If anyone wants to use the products made from our rare earth exports to try to counter China's development, then the people from the southern Jiangxi Communist revolutionary base would not be happy, and the people of China will not be happy," the statement said.

Then came this from the People's Daily, the Communist Party organ: "Without a doubt, the U.S. wants to use the rare earths exported by China to beat down China's development, and the Chinese people simply cannot accept this."

As if to make it even more clear, the CPC's Global Times said in a commentary: "We believe if the U.S. continues to pile pressure on us, it would be just a matter of time that we will weaponize our [rare earths exports]."

The reason this is such a big deal? The importance of these materials and China's dominance of the global supply.

Rare earths comprise a group of elements most people have never heard of – metals like lanthanum, cerium, and terbium. But people certainly know the products that depend on rare earths. They are used in a huge array of consumer products and have significant military applications, as well.

Rare earths contribute to iPhones, electric car engines, lasers, satellites, DVD players, wind turbines, and computers. Without them, companies such as Samsung and Apple would suddenly find themselves scrambling to produce their best-selling smartphones and other consumer electronics.

Lockheed Martin and Raytheon use rare earths for sensors and guidance systems in missiles, and the Pentagon depends on them for jet engines and anti-missile systems.

Rare earths aren't really rare, showing up in many countries, including the United States. But the extraction and refining processes are expensive and can be harmful to the environment, and few countries actually produce them. China has more than a third of the world's rare earth reserves, but more importantly, it produces nearly three-quarters of the global supply.

The lone U.S. mine is at Mountain Pass in California. The facility's owner, MP Materials, sends the roughly 50,000 tons it mines each year to China for processing. And as part of the trade war, China imposes a 25 percent tariff on those imports. The U.S. relies on imports of rare earths, 80 percent of which come from China.

Experts agree that the American companies could, in time, make up for a shortfall if China decides to go nuclear and ban export of rare earths to the U.S. But it would not be quick, and repercussions could be fairly dire, especially in the short term.

Whatever happens with tariffs, export bans, and other battles to come in the trade war, the U.S.-China economic relationship has been irreparably damaged. With Trump's knee-jerk actions and pronouncements, trust has evaporated.

Chinese researchers don't know if they can remain in the country long enough to see their projects through, and many Chinese students – the best and brightest in the country – are choosing to go to Australia, the UK or other countries for their overseas education because America no longer beckons.

Many wonder how much longer China's leaders can go on even trying to salvage an economic relationship that for decades has helped power the global economy.

"Even if a trade deal with the United States is still possible, some in the Chinese leadership are now starting to ask, why bother?" Kevin Rudd, former prime minister of Australia and president of the Asia Society Policy Institute, wrote Wednesday in a New York Times commentary. "They argue that in technology, investment, foreign policy, national security and human rights, the Trump administration has made it clear that it has embarked on a more adversarial position toward China. So why should Beijing expend any more political capital on a trade deal? Perhaps it's better, in China's view, to cut its losses now and get ready for the next Cold War."

YOU MAY LIKE
Prev：Jiaqi Ge: To be the 1% of the world Next：Ucommune Expands Its Global Reach With New Communities