Vice Commerce Minister Wang said the U.S. had made "unreasonably high" demands and insisted on adding "demands relating to China's sovereign rights" to the countries' agreement. 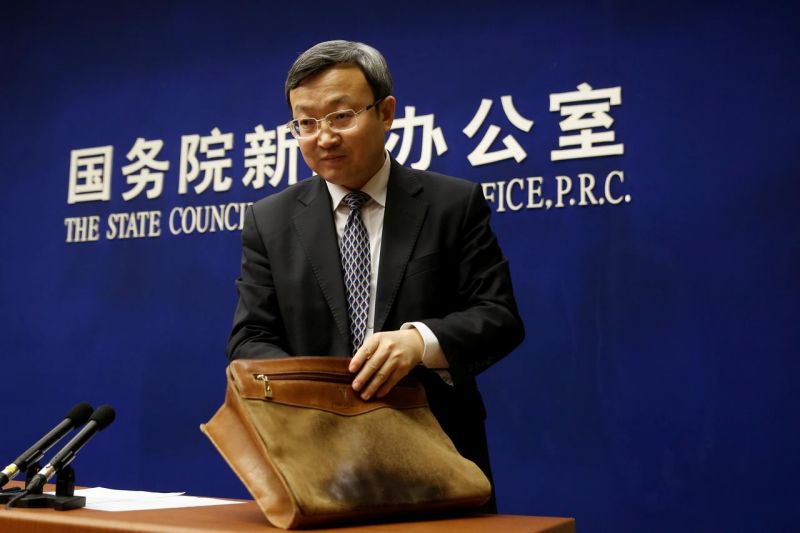 BEIJING (Reuters) - The United States cannot use pressure to force a trade deal on China, a senior Chinese official and trade negotiator said on Sunday, refusing to be drawn on whether the leaders of the two countries would meet at the G20 summit to bash out an agreement.

Washington later slapped additional tariffs of up to 25 percent on $200 billion of Chinese goods, prompting Beijing to retaliate.

Speaking at a news conference, Chinese Vice Commerce Minister Wang Shouwen said it was irresponsible of the United States to accuse China of backtracking.

"If the U.S. side wants to use extreme pressure, to escalate the trade friction, to force China to submit and make concessions, this is absolutely impossible," said Wang, who has been part of China's negotiating team.

"During the consultations, China has overcome many difficulties and put forward pragmatic solutions. However, the U.S. has backtracked, and when you give them an inch, they want a yard," he said.

Wang said the U.S. had made "unreasonably high" demands and insisted on adding "demands relating to China's sovereign rights" to the countries' agreement. The raising of tariffs escalated tensions and severely frustrated the talks, he added.

His comments were echoed by Chinese Defence Minister Wei Fenghe at a defence forum in Singapore on Sunday.

"If the U.S. wants to talk, we will keep the door open. If they want a fight, we will fight till the end," Wei said.

Trump has said he will meet President Xi Jinping at the G20 summit in Osaka at the end of the month, though China has not confirmed the meeting.

When asked if Xi would meet Trump in Japan, Wang said: "I don't have any information on this to provide."

Wang, who was speaking at the unveiling of a new government policy paper on the trade war, said U.S. officials overestimate the trade deficit between the two countries and China should not be blamed for a decline in U.S. manufacturing jobs.

The U.S. goods and services deficit with China is closer to $150 billion and not the $410 billion quoted by U.S. officials, he said, adding that China's processing trade with the United States should not be included in deficit calculations.

The white paper cited three instances of the U.S. backtracking on its commitments, adding that Washington was responsible for setbacks in the talks.

It said China had enough fiscal and monetary policy tools and "good momentum" to sustain economic development despite the trade war. Data last week showed China's factory activity shrank in May at a more severe pace than expected.

It followed soft data in China's retail, export and construction sectors, raising expectations that Beijing may need to roll out more stimulus to support the economy.

"China's government is not involved in the specific commercial behaviour of companies, and won't instruct or require companies to invest in a project or buy a technology," he said.

Wang reiterated that China is willing to meet demand for rare earths from other countries, but it would be unacceptable if some nations used Chinese rare earths to create products that limited China's development.

Xi's visit to a rare earths plant last month sparked speculation that China would use its dominant position as an exporter of rare earths to the United States as leverage in the trade war.

Wang said the commerce ministry is investigating reports of delays in customs checks and will make efforts to speed up inspections and reduce costs for importers.

A top U.S. business lobby group said last month that its members face increased obstacles in China such as government inspections, slower customs clearance and slower approval for licensing and other applications.